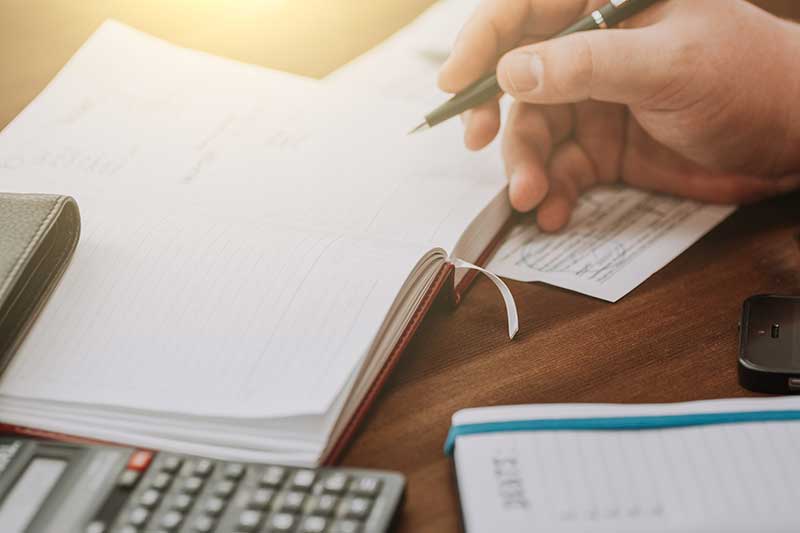 My mom has been staying with us for the past few months to help us take care of our son, and as a result, she’s been able to get a look at my daily work routine as a full-time writer and blogger. Most mornings, after I drop my son off at daycare, I get home, plop down on my couch, and start writing. It’s a very different look from what things were like just a few years ago when I would put on a suit and tie and head off to a fancy downtown office.

The other day, as I was typing away on my computer (and probably looking like a bum) my mom asked me a fairly profound question. Do I feel like I wasted my time by going to law school?

The truth is, I do sometimes feel that way. That’s not to say that law school wasn’t beneficial for me. It taught me how to write and organize my thoughts and make coherent arguments. But at the same time, it was three years of my life and at least $100,000 in expenses that I’ll never get back, all spent going down a career path that ultimately didn’t work out for me.

I try not to worry about that too much though. I learned long ago that the decisions we make in our past are already done and can’t be changed. And since we can’t change those decisions, there’s no point in worrying about them now.

This is what we call sunk costs – i.e. costs that you’ve already incurred and cannot recover. Because you can’t recover sunk costs, the decisions you make after them should, in theory, be independent of whatever time, money, or energy you’ve already spent. What matters for us is making the best decisions we can given the information that we currently have.

Of course, not worrying about our past decisions is much easier said than done. It can be hard to ignore sunk costs, even if we logically understand that they should have no bearing on our current decisions. We all make decisions like any other human – which often means we make decisions illogically and irrationally.

But simply ignoring sunk costs isn’t that simple either. Like most things, life always seems to find a way to make things a bit more complicated.

Most of us – even when we know about sunk costs – still fall victim to what is called the sunk cost fallacy. The sunk cost fallacy is a logical fallacy where we continue with bad or suboptimal decisions because of the time, money, or energy we’ve already used. Because we can’t get back the time, money, or energy we’ve already spent, continuing on a suboptimal path based on our past decisions is illogical. The correct move would be to spend our time and resources on something else that makes more sense.

If you asked an economist, they’d tell you that the correct decision here is to walk out of the movie as soon as you know it’s not worth watching. The $10 you’ve already spent is a sunk cost. You spent it and no matter what you do, you can’t get it back. Continuing to watch an unenjoyable movie because of the money we already spent in the past simply leads to more wasted time and energy that could be better used elsewhere.

You can view my own career path within the framework of sunk costs and the sunk cost fallacy. I felt fairly early on that being a lawyer wasn’t the right path for me. It didn’t make me happy and all I wanted to do was figure out how I could save enough money so that I could quit my job and do anything else.

But the thing is, I’d already spent so much time and money to become a lawyer that I felt that I needed to stick it out to make it worth it for me. Whether that was the right thing to do or not, I’m not exactly sure. I knew that sunk costs were there. But I also didn’t know what else I was supposed to do either.

Ignore Sunk Costs – But You Have To Be Practical Too

There’s an idea with sunk costs that I sometimes think is misunderstood. There seems to be this idea that we should simply quit as soon as we get the feeling that something isn’t working out. Maybe that’s true from a pure economics standpoint – if things aren’t working out, there isn’t any point in throwing more time, money, or energy into it.

But from a practical standpoint, this isn’t always so realistic. I had a good feeling right off the bat that working at a big law firm wasn’t going to work for me. But I also had nearly six figures of student loans that I needed to pay back. I didn’t have the luxury of simply quitting and doing something else. I needed the income to pay off my student loans. And I needed time to prepare for whatever my next move would be.

The same is true for many other people. People have families. They have obligations. There are many reasons why we might have to ignore sunk costs and continue pushing through, even when we know it’s not working out. Maybe it’s not the optimal decision. But it might be a practical one.

There’s another issue with sunk costs and the sunk cost fallacy that I think is often ignored. It can sometimes be difficult to determine whether you’re just in a rough patch or whether there is something inherently not working out for you. My only experience as a lawyer was at a big law firm, working long hours and doing work that wasn’t that interesting to me. I didn’t know at the time if it was being a lawyer that was the problem or whether it was my work environment that was the issue. That’s why I switched over to government work to see if that would solve my issues. When that didn’t work out, I switched again to non-profit work. It was only after I had been practicing for long enough that I had a good reason to believe that it was the practice of law that was the problem for me.

The short of it is, you should ignore sunk costs when you’re making your decisions. But in the real world, you also have to be practical too.

Push On Sometimes – But Don’t Push On Forever

There’s an inherent tension between ignoring sunk costs and pushing through tough times. Quitting whenever the going gets tough or whenever we find something unenjoyable can’t be the right way to approach life. At the same time, pushing through when you know something isn’t working isn’t the best thing to do either.

In his book, The Dip, Seth Godin writes:

So how do you know when is the right time to quit? The truth is, it isn’t easy to know. This is something all of us have to figure out on our own.

What I will say is we should always try to ignore sunk costs when we make our decisions about whether to keep pushing on or whether to switch course. But ignoring sunk costs shouldn’t give us carte blanche to quit wherever we want either.

The movie theater example always bothers me because I sometimes think it pushes you to quit too soon. You really don’t know whether something is worth watching until you give yourself enough time to make an informed decision. Think about TV shows like Seinfeld or The Office. Both of these shows didn’t start great, in my opinion. But if you quit watching these shows early on, you never would have known what they could become.

The same is true with any job. I sort of knew that being a lawyer wasn’t the right fit for me. But how could I really know? I was a 26-year-old kid who’d never had a real job before. Quitting immediately wouldn’t have been the right move. I needed to give myself a real shot at it before I could really know whether sticking it out was the right move or not.

When it comes to doing anything work-related, I like to use this quote from Seth Godin (also from The Dip):

The next time you catch yourself being average when you feel like quitting, realize that you have only two good choices: Quit or be exceptional. Average is for losers

Maybe that’s a little too harsh. But maybe that’s the way we can think about when to quit. Push on if you’re doing something that you can be great at. If not, maybe there’s something else you need to do.

But whatever you do, ignore the sunk costs when making your decisions. Those don’t matter. They’re gone and you can’t get them back.