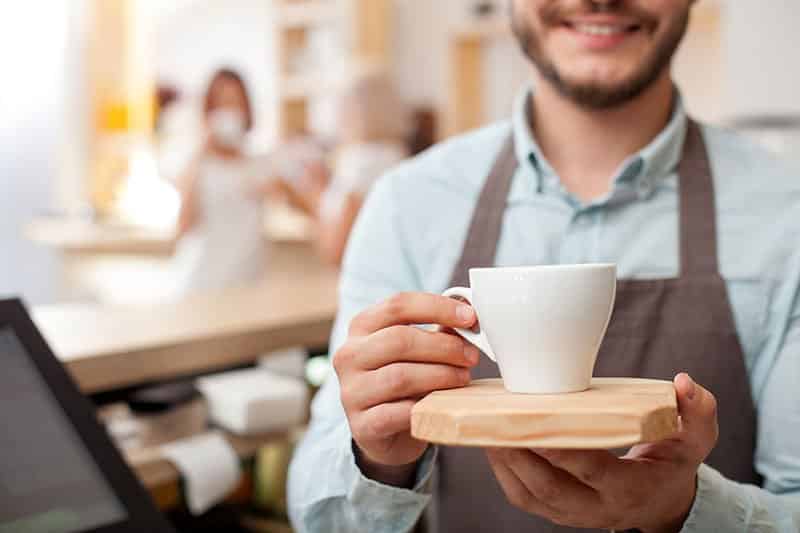 When it comes to the different sub-genres of FIRE, my favorite is probably what has been coined Barista FIRE.

I wrote about Barista FIRE several years ago in a post I titled The Dream of Barista FIRE. In that post, I thought about some of my favorite jobs I had back when I was in college. These were low-paying jobs that you couldn’t make a full-time living with, but that for whatever reason, I found really fun to do. The concept of Barista FIRE was a way to think about how these types of jobs could fit into a FIRE framework.

I think this is why I’ve thought of financial independence as something that’s more on a spectrum. The person that has to earn $100,000 per year doesn’t have many options for things they can do to generate that type of income. But the person who needs to earn $1,000 per year can do almost anything they want.

Which brings me back to Barista FIRE. The concept behind Barista FIRE is an interesting one – something that’s not quite FIRE, but pretty darn close to it in my view.

In this post, I want to take a look at what Barista FIRE is all about and what makes it so interesting.

What Is Barista FIRE?

Depending on who you ask, Barista FIRE seems to have two definitions. The first definition I sometimes see for Barista FIRE is that it’s a way to get health insurance when you’re financially independent and no longer working at a traditional job.

The second (and better) definition of Barista FIRE is that it’s a sort of quasi-FIRE status – not exactly FIRE, but maybe a rung below it. If you’re pursuing Barista FIRE, you need to first build a nest egg that you can use to cover most of your expenses. Once you’ve done that, you only need to do some sort of work to earn a small amount of income each year to cover your remaining expenses.

But what if you had $750,000 saved up instead of $1 million? In that case, your $750,000 would be able to generate $30,000 per year of income. If you’re pursuing traditional FIRE, you’d need to save up another $250,000 in order to fully fund your living expenses. But if you’re pursuing Barista FIRE, you could make up the difference by earning $10,000 per year of income doing anything you can. Ideally, you’d earn this extra income doing something you want to do.

The Math Behind Barista FIRE

What the 25x Rule tells us is that if you can figure out ways to earn pretty small amounts of income per year, you can dramatically reduce the amount you need to have in your portfolio. Indeed, every $1,000 of income you can earn in a year is the equivalent of having $25,000 in your nest egg.

Here’s a table showing how much earning small amounts of income per year can be worth to your overall portfolio.

What Barista FIRE does, then, is allow you to make the leap towards financial independence far earlier than what you might have planned. It can take a long time to get to the full amount you need so that you never have to work for money again. But putting yourself in a position where you have to earn a few thousand dollars per year isn’t a bad position to be in either. Indeed, I think it’s rare for most smart, driven people to never earn money ever again in some manner. You might not earn a huge amount, but a few thousand dollars per year of income is not a difficult or unrealistic thing to do.

To me, the goal number for Barista FIRE is where you need to generate $10,000 to $12,000 of income per year. Aiming for this number puts you in a position where you only have to earn between $800 and $1,000 per month. It’s an amount that’s small enough that you can earn that type of yearly income doing basically anything.

And if you opt to pursue Barista FIRE in this way, you can have $250,000 to $300,000 less in your portfolio. That’s a ton of money that you might not have to save if you opt for the Barista FIRE path.

How Can You Pursue Barista FIRE?

Think back to the jobs you’ve had the most fun at. For me, it was my old golf course job, where I sat in the pro shop, surfed the internet, talked with customers every once in a while, and played golf whenever I wanted. It wasn’t a job that I could ever make a full-time living with, but as part of a Barista FIRE strategy, it’s one I could have probably done forever.

The most important thing is that whatever you’re doing to earn this remaining income has to be fun for you. If this is a path you want to do, you have to go into it knowing that you have to generate a small amount of income for a long time.

So what are some of the interesting things you can do to pursue a Barista FIRE strategy? Here are some potential options that make sense to me:

Barista FIRE isn’t going to be for everyone. For some people, having any stress at all to earn an income is going to make them uncomfortable.

But I know there are a lot of people out there that have fun jobs that they simply like doing but can’t do because they don’t pay enough. If you’re pursuing Barista FIRE and only need a small amount to live, those jobs can actually work.

For me, the idea that I’d only have to earn $10,000 or so in a year to cover the gap in my expenses makes me feel pretty good. I know myself well enough that I can make that much income from doing pretty much anything. My guess is that most of you reading would probably be in a good position too if that’s all you had to earn in a year.

No, Barista FIRE doesn’t mean you’re completely financially independent. It doesn’t mean you’ll never have to work again for money again. But if you only have to earn $1,000 or less per month, I’d say you’re in a pretty good spot.