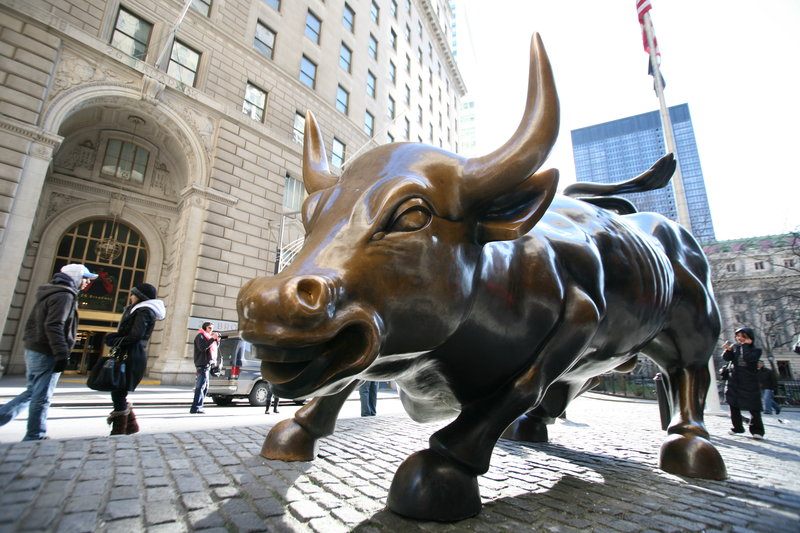 The other day, I was listening to a Planet Money podcast about how the United States is nearing full employment and it got me thinking about how different the world is today compared to the world I graduated into a decade ago.

To set the scene for you, I graduated from college back in 2009, which, if you remember, was right at the very bottom of the financial crisis. Lehman Brothers had collapsed a few months earlier. The unemployment rate was nearing 10% (and would actually hit 10% later in the year). And, like many (maybe most?) new grads, I had no job and no real prospects.

I ended up moving back home and got a job at my local golf course, working about 30 hours per week so that I wouldn’t be eligible for benefits. That one job wasn’t enough for me – about $800 per month – so I grabbed a second job at a currency exchange at the mall where I made $13 an hour. Between those two jobs, I worked about 60 hours per week, making something like $2,000 per month.

My friends did similar things, moving back home and finding very basic jobs that made us heavily underemployed. One of my best friends ended up going back to his old job at a bookstore (which surprisingly, did offer him benefits). Another friend got a job at a bar and also got an unpaid internship with a pretty big company. I only remember one friend that got a “real job” – I think he made something like $40k a year, which to 22-year old me, made me think he was rich.

Graduating into that environment was very different compared to the next group of graduates that entered the workforce just a few years later. These folks graduated into a world on the upswing, one where it was actually possible to get a job and start a real career coming out of school.

There’s a lot of data that demonstrates the long-lasting, negative impact of graduating during a recession. Just like with retirement, there’s a sort of sequence of returns risk that comes with graduating and entering the workforce during a recession. Lifetime earnings tend to be lower, with studies showing that recession-era graduates often don’t catch up when it comes to salaries for a decade or more (anecdotally, I know this is true simply by looking around at my own cohorts, even in the legal field). Resumes also tend to look worse, with gaps, underemployment, and employment with companies that simply aren’t as big and prestigious. When I was interviewing for summer associate positions back in 2011, I had to really BS to make my job history sound better than it was – golf course worker and currency exchange kiosk worker didn’t really sound impressive.

All of this would make it seem like nothing good could have come out of graduating during the financial crisis. But like with most things, there’s always a silver lining. And when it comes to the recession, it actually came with some unexpected benefits that I think have helped me on my own path towards financial independence.

Benefits of Graduating During the Financial Crisis

It Taught Me How To Be Scrappy. One of the things that graduating during the financial crisis did was teach me how to be scrappy and get by using whatever means necessary.

I didn’t have a lot of options back then, so I went and got my old job at the golf course. When that wasn’t enough, I jumped on Craigslist and found a second job that fit in well with my schedule – I could work at the golf course in the morning, then head to the currency exchange for the afternoon and evening. I even contemplated trying to snag a third job at the Proactive kiosk that was located right next to my currency exchange kiosk (I swear I could have probably worked both jobs at the same time).

A lot of people will give up when things get tough. The recession didn’t give me a lot of choices. I had to be scrappy if I wanted to make any money.

It Taught Me How To Be Humble. Graduating during the financial crisis did something very important that I think serves me well today. It helped me to understand how to be humble.

There’s a lot of value in having a sense of humbleness in your life. When you think about it, a lot of the things we do aren’t really for us – they’re often done for other people. And doing things solely to satisfy other people can sometimes be detrimental, not only to your wallet but to your own happiness as well. We buy things we don’t actually want. We put ourselves in situations that don’t make us happy. Sometimes (maybe often), we choose careers because of this.

Interestingly enough, this sense of humbleness seems to be backed by data. I found this article from the Harvard Business Review that pointed out that people that graduated during a recession tend to be less likely to develop a “grandiose sense of self” due to having to face setbacks and adversity.

I’m not saying people shouldn’t be confident in themselves or their abilities. It’s just that, on the path to financial independence, I think it helps to have a sense of humbleness. And nothing made me more humble then graduating with no job, no prospects, and living at home, working a job that I could have done in high school.

It Led To Way Less Lifestyle Inflation. This is a bit of a corollary to the humbleness thing mentioned above, but the financial crisis led to way less lifestyle inflation, mainly because I had no money and had no way to inflate my lifestyle.

I was living at home. I had no money to buy fancy things. None of my friends had money or nice things either, so there was no pressure to keep up with others.

Lifestyle inflation is going to happen – that’s just a fact. But the recession made that happen a lot slower compared to what it could have been.

It Made Me Realize The Worst-Case Scenario Isn’t So Bad. There’s a thing a lot of people do whenever they’re trying to do something different. They think about all of the bad things that happen and overreact to them, acting like the worst-case scenario is going to be life-ruining.

The truth is, there are very few things that will ruin your life. I graduated during the worst recession since the Great Depression. I couldn’t get a job. None of my friends could get jobs. We all had to move back home and get retail or food service jobs that basically paid us minimum wage.

And despite this, the world didn’t end for us. It took us longer than we thought it would – but we eventually all got on our feet. When I think about it, even if my wife and I fail in all of the stuff we do, our lives won’t be ruined. We’ll figure things out. There just aren’t too many things that will ruin our lives.

The Financial Crisis Helped Me On My Path Towards Financial Independence

If I could have picked any time to graduate from college, it wouldn’t have been in 2009. Long-term, I’d probably have been better off graduating a few years earlier or a few years later. I’d be willing to wager money that when economists do studies of what year was the worst year to graduate college, 2009 will probably be right up there as one of the worst this century.

And yet, despite how bad it was to graduate during the financial crisis, it did something very important. It gave me qualities that I might not have picked up if I had graduated during a more profitable time in history. Humbleness, scrappiness, an understanding of what a bad economy is really like. These are all things that have helped me on my path to financial independence.

I can’t read the future, but eventually, there’s going to be another class of graduates that enters the job market at the absolute wrong time. It won’t be a great time when that happens – but you’ll probably come out better than you expected. Even in crappy times, there are benefits.