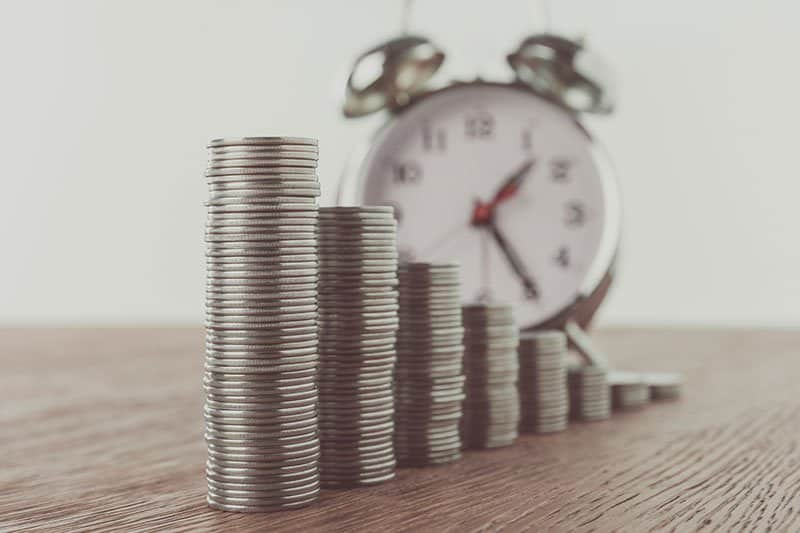 When I first started figuring out my side hustle strategy years ago, I found that the gig economy and sharing economy worked best for me. What made it work so well was the flexibility that came with these gigs. I was working a full-time, demanding job at the time, so my ability to side hustle was fairly limited. The gig economy worked well because I could turn on the apps whenever I wanted and pick up a random gig whenever it made sense for me. In the history of work up to that point, there really wasn’t a way to work like this, so I took advantage of it.

The criticism that gig economy work often gets is that it’s low-value work that can’t really scale. I can’t say that this statement is entirely wrong because it’s true, the nature of gig economy work means that you have a natural cap as to what you can earn. You only have so many hours in a day and doing any of these gigs takes time. As many would point out, when you do gig work, you’re trading time for money.

Time For Money Vs. Tasks For Money – What’s The Difference?

At first glance, trading time for money and trading a task for money seem pretty similar. In both situations, you’re still actively trading some of your limited time on this earth for some amount of money.

But I think there is a difference that makes the distinction between the two matter. Here’s why:

1. Trading Tasks For Money Means You Can Vary What You Make

The big factor with trading time for money vs. trading a task for money is that, with the former, the amount you can make is capped at a set amount whereas, with the latter, you can vary what you make through means that you can potentially control.

Here’s what I mean. A job that pays you $20 per hour means that you have no choice as to what you make other than trading more hours of your life for more money. If you want to increase what you make for your time, you have to get the person paying you to pay you more. Obviously, if you’re getting paid on a straight hourly basis, figuring out ways to get paid more for your time is a smart thing to do. But it’s ultimately not in your control. It’s in the control of the person who’s paying you.

Contrast that with the way the gig economy works, where you’re typically trading tasks in exchange for money. The amount you can make when trading tasks for money generally isn’t tied to the time you work – it’s tied to completing the task.

Are you still trading time for money? Sure, in a way you are. But it’s not exactly the same because of two very important characteristics that come with trading tasks for money: (1) you can accept only higher-paying tasks (i.e. by setting your own price for work you’ll accept); or (2) by being more efficient and either completing tasks faster or completing more tasks in a shorter amount of time. What this means is that in the world of trading tasks for money, two people doing the same thing likely won’t make the same amount. At least some portion of what you make is tied to your skills.

This is the thing about a lot of gig economy apps that I think most people don’t understand – they do take skill to complete. I don’t mean they require hard-skills, but rather soft skills in understanding which type of gigs to accept and how to complete gigs more efficiently.

Over the past several years, I’ve put this principle into practice. Regular readers of this blog know that I love doing food deliveries on my bike. I’ve now been doing food deliveries as a side hustle for over 5 years. Over those years, I’ve gotten better at picking and choosing which orders I accept, thinking of myself much more like a business trading tasks for money, rather than trading my time for money. It’s gotten to the point that I’ve regularly able to earn the equivalent of $40 or more per hour doing deliveries, simply because I’m able to strategize and complete more deliveries in a shorter amount of time compared to most people.

2. Not All Tasks Are Created Equal

In the gig economy world, you often see two types of tasks: timebound tasks and non-timebound tasks. This raises an important issue when it comes to trading tasks for money. Not all tasks are created equal.

When you think about it, a timebound task is pretty similar to a job where you’re paid hourly, with the primary difference that you can work in shorter increments and you have more flexibility with when you work. The big problem that comes with timebound tasks is that there aren’t many ways to increase your earnings for the time you spend working. The only real way you can do this would be to either charge more for your time or increase your earnings by adding more tasks into the same time period – for example, by walking multiple dogs at once.

In contrast to timebound tasks, non-timebound tasks are tasks where you’re paid a set amount to complete a task, regardless of how much time it takes you to complete. That’s how the food delivery game works – you’re offered a task and a payment amount, and you’re paid for that task regardless of how long it takes you. This matters a lot because it means what you make is largely a product of what you can do. The faster you can complete your tasks and the more tasks you can complete, the more you’ll make.

This doesn’t just apply to regular gig economy stuff either. Freelancing typically works in a similar way. For example, a freelance writer might charge a fixed amount for 1,000 words. The faster they can complete these tasks and the more of them they can complete, the more they can make.

It’s this distinction that has led me to shy away from timebound tasks like dog-walking and instead focus more on non-timebound tasks like food delivery. By working during peak periods, being strategic with which orders I accept, and doing multiple orders at the same time, I’m able to earn a lot more for the time I spend working.

3. Trading Tasks For Money Means You Can Use Reverse Latte Factor Principles

One concept that I’ve talked about on this blog is something that I call the Reverse Latte Factor. It’s a spin on the traditional Latte Factor concept, which basically says that most of us spend small amounts on frivolous things each day. If we cut out those frivolous expenses and save that money, it can add up to large sums when invested over the long-term.

The Reverse Latte Factor is essentially the opposite of that. Rather than cutting expenses, consider all of the ways you can generate extra income. Because if cutting small expenses and saving that money each day adds up over time, what happens if we take actions to earn small amounts of extra income on a daily basis?

It turns out it can add up to a lot. Below is a chart demonstrating what consistent, small amounts of extra income can add up to when invested over the long-term (the chart assumes a 7% annual rate of return).

What trading tasks for money does is allow you to earn extra income in small, piecemeal chunks like this. Earning an extra $5 per day can add up to over $180,000 when invested over the long-term. Double that to $10 per day and you’re looking at over $360,000. Figure out how to make an extra $30 per day and you can literally become a millionaire.

What does it take to make an extra $5, $10, or $30 per day? You might not be able to do this if you’re trading time for money because there aren’t that many side hustles or side gigs you can do that will just let you work for a few minutes per day whenever you want. But if you’re trading tasks for money, those numbers might be more in reach than you think.

Gig economy apps obviously have their limitations. They aren’t passive income and they do require you to use up your time if you want to bring in money. But in my opinion, there really aren’t many things that are truly passive income.

Everyone has to work for money, whether they put in the work upfront or they put in the work as an ongoing thing. Even though this website generates income for me in ways that some people would call passive, the fact is, I have to put in a massive amount of work on it every week in order to keep that income flowing in.