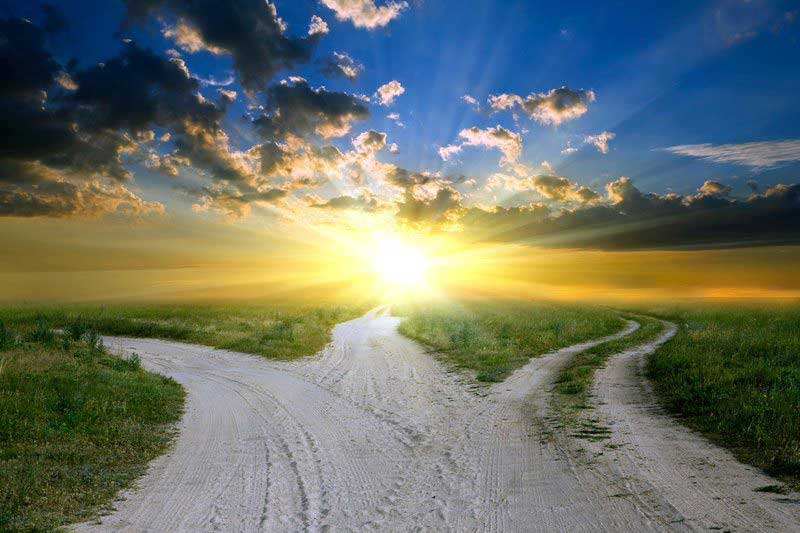 There’s nothing wrong with this script, and indeed, it’s the same advice I’ll likely give to my own kids one day. We obviously need good jobs if we want to make significant financial progress. And these good jobs typically come from having a good education. Even if that wasn’t the case, I’d still be pushing hard for more education, as I think education is beneficial beyond just the monetary benefits it can provide.

But what I’ve started to think about as I’ve gotten older is why we pressure ourselves to get all of this done as soon as possible. When we’re kids, it often seems like we’re told that we can do anything we want. But once we head off into the real world, things change and we’re told that we need to be practical and get our sh*t together. And importantly, we need to get our sh*t together sooner, rather than later.

This whole pressure to get all of our ducks in a row as soon as possible leads to an interesting approach to life. We’re taught to think about our jobs and careers conservatively, playing it safe at times when we can and probably should be thinking much more aggressively. It’s like we forget just how long our lives are and how much time we have to ride the ups and downs of life.

Thinking About Asset Allocation And Risk

I quit my job a few months ago, and since then, I’ve had a lot of time to think about jobs and careers and how we end up where we are. What I’ve been thinking about lately is why the advice we give to young people about investing isn’t applied in the same way to our jobs and careers.

Here’s what I mean. Most financial experts will tell you that a young investor should invest heavily in equities – in other words, with a more aggressive asset allocation compared to an older investor. This advice makes sense because of how much time young investors have to ride the ups and downs of the market. When you’re young, you have the benefit of time – decades and decades of time – such that any market loss really doesn’t matter.

When it comes to jobs and careers though, the general mindset seems to be completely different. Rather than encouraging people to be aggressive, most people will seemingly tell you to do the opposite. Play it safe, find a good job in a steady field, and for lack of a better word, hold on for dear life.

It’s this general mindset that led me to law school in the first place. I was 22-years old – a new graduate with basically no idea what I wanted to do with my life. Even though I had decades of life left to live, I kept telling myself that I needed to get things done now because if I didn’t, I’d end up being a bum with no future. Law school provided me with a seemingly safe career path, something that I could start now and do for the next three or four decades of my life.

In retrospect, I probably should have recognized just how young I was, slowed things down a bit, and maybe taken some chances or at least given myself the time to really analyze and look at the choices in front of me, rather than just jumping into what I thought was the safe thing to do. I definitely wasn’t running out of time – not as a 20-something anyway.

But my whole life had taught me that I needed to play it safe. Even as I struggled through five years as a practicing attorney, I kept telling myself that I just needed to stick it out. Being a lawyer was a responsible and safe thing for me to do.

Hold on for dear life. That’s what I was doing.

Why Don’t We Apply This Same Risk Framework To Jobs And Careers?

So why are we taught to be conservative when it comes to jobs and careers, even though we’re told to be aggressive in other areas of life? I have a few ideas:

We Think In Worst-Case Scenarios. You can go 100% in equities because, assuming you’re investing correctly, you’re likely never going to lose it all. When it comes to work and careers, however, we tend to think in worst-case scenarios. We seem to think that one wrong turn will end our lives.

The truth is, the worst-case scenario probably isn’t going to happen to most of us. When I made the decision to quit my job and go all-in on my blog, my big fear was that this whole thing was going to fail and I’d end up homeless and destitute. But realistically, would that really happen? Most likely not, and realistically, the worst-case scenario would probably be that I just have to go back and get a job.

Work and life are so much more complicated than the worst-case scenarios we can imagine. Even a totally failed decision probably isn’t going to be the end of your life. The world is just too big for that to happen. And if a decision somehow does ruin you, the beauty is you’ve still got time on your hands to get yourself back on your feet.

We Don’t Think We Can Make It Doing Something Else. I think as the world gets more specialized, a lot of us will start to suffer identity crises. We make decisions when we’re teenagers, then tie ourselves to those decisions for the rest of our lives.

I made the decision to be a lawyer when I was 22-years old, based on nothing really other than that I was good at taking standardized tests and I didn’t take any science classes so I couldn’t apply to medical school.

This single decision made me think that being a lawyer was something I was supposed to do for the rest of my life. That’s kind of crazy when you think about it.

Most of us probably have the skills to do different things. We just need to get over that initial hump of thinking we can’t do it and that we’re tied to the thing we picked out years ago.

We Worry About What Others Think. This is something I’m very guilty of. My whole life, I’ve done things, really not for me, but for other people. Even now, I struggle with this. It’s hard to go from saying I was a lawyer to saying I’m…I don’t even know what I am now.

Living our lives based on what others think probably isn’t the best way to live life. If you’re going to do anything outside of the norm, whether that’s chasing financial independence or chasing something else, you’re going to get criticized for it too.

Don’t Be Afraid To Take Risk Early On

I’m 32-years old, and even at this age, I still feel super young. In the grand scheme of things, I’m still a baby with decades of life left to continue working and get myself back on track if this whole quarter-life crisis thing doesn’t work out.

Of course, comparing the way we approach investing when we’re young and the way we approach our jobs and careers isn’t exactly an apples to apples comparison. We obviously all need money now in order to live, whereas the money we invest isn’t necessarily money we need.

At the same time though, I think there’s something we can think about here. Life is long and most of us, even those of us chasing financial independence, will still have a long time to work.

On the investing front, we take on more risk because we have the benefit of time on our side. That same fact applies to jobs and careers. Many of us have time on our side. We just need to remember that when we think about the risks we want to take.