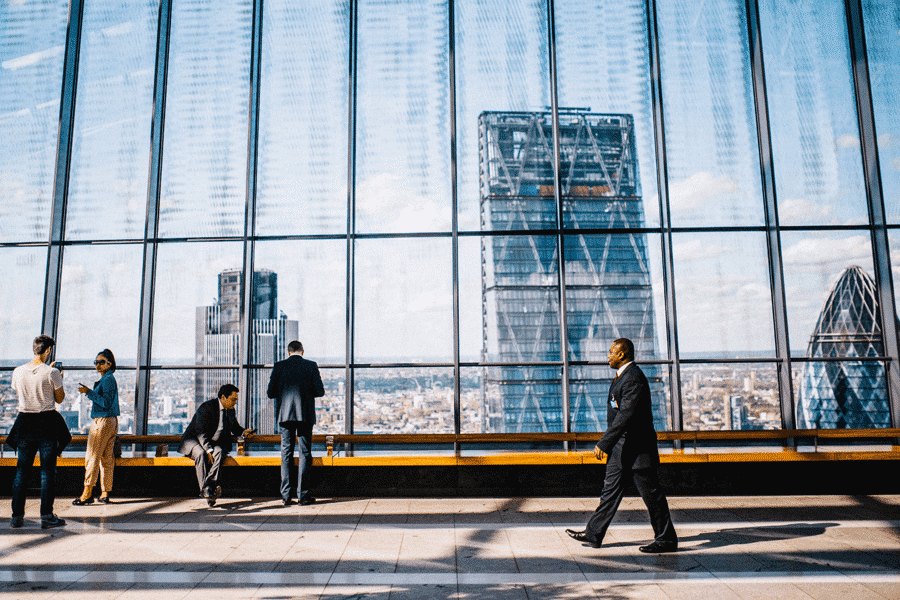 A few weeks ago, I ran into a colleague of mine from my old law firm. After exchanging the normal pleasantries, we got to talking about who from our class was still working there.  It wasn’t many.  I graduated law school back in 2013 and started my first biglaw gig soon after.  Just four years later, only a handful of people from my class still remain.

This is pretty common in the biglaw world.  Talk to any biglaw attorney four or five years out of law school and you’ll probably find that many – if not most of them – have either left biglaw or know a lot of people that have made that leap.

Indeed, I made the decision to jump ship just three years into my biglaw career.  It wasn’t the right fit for me, but I stuck it out because I needed the paycheck in order to pay back my student loans.  You hear people complaining about the biglaw work environment all the time.  With so much complaining, I can only imagine that a lot of people working in biglaw must be in the same position that I was in.  They stick it out because they need the money, not because they like the job.

This high attrition rate isn’t just supported anecdotally – the stats bear out this high attrition rate too. According to this American Lawyer article, 46 percent of associates leave their firm within the first three years and 81% leave within the first five.  That’s even higher than I expected.  In essence, there’s a good chance you’ll be done with your firm in the first three years of your career, and you’re extremely likely to be gone by year five.  You might end up going to a new firm that pays the big bucks.  But, maybe not.  If you’re like me, you might value other things instead of earning the most money you can at a job you might not like that much.  Maybe you want work-life balance.  Or you want to try something more meaningful.  Or maybe you just get tired of practicing law.

Whatever the reason, the high rate of biglaw attrition means you need to make those first few years in practice count.

Your Biglaw Salary Is Unique – Use It Wisely

It’s important to remember just how unique a biglaw salary really is.  Lawyers sometimes lose sight of this fact. Your typical young lawyer might graduate law school at 25 years old and start making a $180k salary with no real work experience.  Outside of something like Silicon Valley engineer people, I don’t think there are a lot of jobs that pay that much to folks who could literally have never worked a real job in their life.

This is a lot different compared to other high paying careers like medicine, where you might not start making a significant sum of money until you’re in your 30s.  My wife, after 4 years of dental school and 4 years of post-dental school training, won’t start making her first real income until she’s 32 years old!  As a point of comparison, last year, at 30 years old, my wife made a grand total of $4,000 for the year.

That’s why I always tell new lawyers to treasure that salary.  Not only is it ridiculously high, it might not be very long lasting.  If you waste it now, you might never get that chance again.  One of the best things you can do with that salary is to remove as many of your fixed expenses as possible.  For most of you just starting out your legal career, student loans are going to be the big monkey on your back.  If you’re starting out in biglaw, you’re in a unique position to possibly pay for all of your legal training in just a few years.  But you can’t dawdle if you want to do that.  You need to make it a conscious goal as soon as possible.

Law is a field with a pretty high dissatisfaction rate.  You can see why.  It’s tedious.  It’s often pretty boring.  The very nature of being a lawyer – at least a litigator, anyway – means that we only really deal with people at their worst times.

I’ve actually been pretty dissatisfied with my own career as a lawyer – I think I don’t have the personality for it.  But, because of how I used my biglaw salary, I’m in a position where I can try different legal career paths and look for a gig that is the best fit for me.  A lot of people don’t put themselves in that position.

Getting rid of fixed expenses like your student loans means you give yourself many more choices.  And there’s no easier time to hustle to pay off your student loans than right at the beginning of your career.  My friend, Biglaw Investor, wrote a sample budget for a first year associate in NYC.  Even with a not particularly frugal lifestyle, it looks like any lawyer starting out in biglaw should be able to pay off $200k of student loans in just a few years.  Removing a huge fixed cost, like student loans, gives you untold flexibility.

The key is to remember that your biglaw salary isn’t going to last forever.  You might start off making $180k now, but five years from now, you might be making much less.  Indeed, I took a $50k paycut when I left my biglaw gig last year. In the legal world, there aren’t a lot of jobs out there that pay the way a biglaw gig pays.  If you live like the biglaw gravy train will never end, you’ll make things much harder for yourself.

I don’t make a biglaw salary anymore.  In fact, due to another career change I’ve got coming up, my income is going to decrease again, but with the tradeoff of a much healthier work-life balance.  (Don’t worry, I’ll share more about what’s going on with my own legal career in a future post).

What’s amazing to me is that, even without my biglaw salary, I still feel pretty darn rich.  Maybe it’s because I’ve got a fully paid for legal education.  Or maybe it’s because I don’t really have a lot of bills that I have to pay, no matter what.  Instead, a lot of the money I earn comes right back to me to do with as I please.

Most people I know aren’t even halfway through paying their student loans.  I couldn’t imagine a decade or more of paying my loans back.  And I don’t know what they do when they leave biglaw.  I guess they either figure out how to make do with less at that point and just keep dragging those loans out for decades.  That’s not something that I’d want to do.