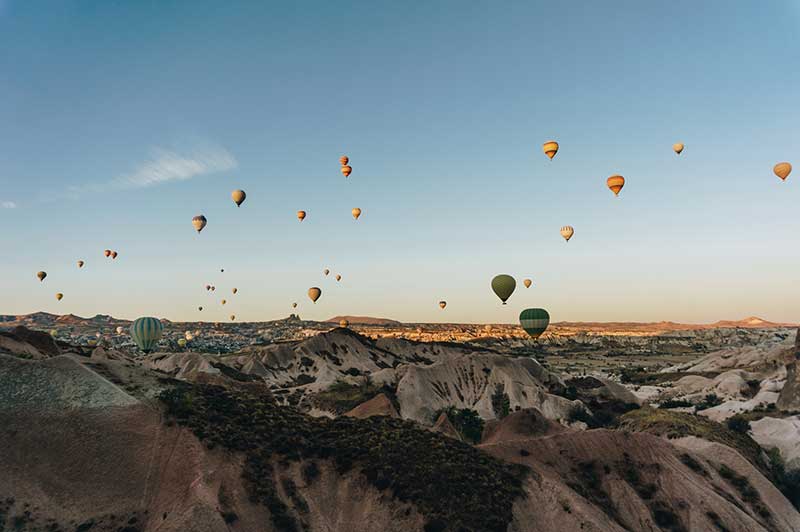 I’m not financially independent – not even close. To support my lifestyle, I have to actively earn income, whether that’s by writing, side hustling, or doing whatever else it is I do for a living.

Here’s the interesting thing though. Even though I’m definitely not financially independent, some people seem to think that I am. It might be because I write about financial independence, which gives people a false sense that I’m already at that point. But it might also be because of what my lifestyle looks like. If you were looking at me from the outside, it doesn’t look like I have many obligations. I seem to do what I want when I want.

Perhaps the biggest change compared to most people is the way my schedule is set up. Back when I had a regular job, most of my day was built around a clock that someone else created for me. I needed to be at work by 8. I typically couldn’t leave until 5 or 5:30 (or at least not until most people had left so I didn’t look lazy). And during the day, my time was booked with meetings, phone calls, and other things that needed to be done at specific times.

I think we underestimate how much of an impact this has on your psyche. As people, we all value control. I don’t think control necessarily means being able to do whatever you want whenever you want. None of us have complete control over our schedules. But when your entire day is set by what someone else tells you, it wears you down.

Things are very different for me right now. I still follow a clock. But what’s different is that this clock is more set by my family obligations, rather than the whims of an employer. I’m still up early because my kid wakes me up. In the morning, I’m still rushing because I need to get my kid ready for daycare. And then in the evening, I’m rushing out the door to pick up my kid by 5:30 so I don’t get hit with late pickup fees.

There’s something about this that makes my days more palatable, though. Maybe it’s different because it’s my kid that controls my schedule now, rather than my job. When I think about it, I can’t even imagine how I’d handle all of this stuff if I also had to be at work by 8. It’s hard enough having one person control your schedule. I can’t imagine having two competing people controlling my schedule.

One of the reasons financial independence is so appealing is because it gives you back control of your day. Moving to self-employment seems to give you back some of that control too.

I Can Do Stuff In The Middle Of The Day

When I had a regular 9-5 job, I’d sometimes be sitting at my desk and my brother would call me to chat about something he’d just seen or some idea he’d just thought about. It’d always be the middle of the day and he’d be out skateboarding somewhere or walking around. Meanwhile, I’d be at a desk, looking out the window while a beautiful day passed me by.

This is perhaps one of the biggest changes in my life since I made the move to self-employment. It can be the middle of the day and I can be out and about doing whatever it is I need to do. It’s a freeing feeling to be able to step outside during the day and do what you want without worrying that your boss is going to come to your desk and wonder where you are.

When I had a regular day job, I used to sometimes call in sick at work, then head off to a coffee shop so I could work on my blog. I used to look at the people sitting around me on those days and wonder why they were there.

I Don’t Differentiate Friday From Other Days

One of the more interesting changes to my life is how the weekday (and weekends for that matter) sort of blend together for me. When you have a regular job, undoubtedly, your favorite day is Friday. I know that when I was working in an office, Friday was the day I looked forward to the most. It was a day when I treated myself. And the end of the day always felt so good because it meant the weekend was finally here.

These days, Friday is just another day for me. I no longer have that feeling of euphoria that comes from knowing that this is the end of the workweek.

I have to assume that anyone reaching financial independence notices this small change – that Friday becomes just another day. It’s a small change that I didn’t expect from trying to work for myself. But it’s an interesting one that really does make my life feel different.

And a corollary thought – Monday is no longer a day I dread either.

These are a few characteristics of my current lifestyle that make me seem financially independent (even though I’m definitely not). I didn’t really think about these things when I made the move to self-employment. But it’s eye-opening to see the difference that a few years can make in how I approach my life.

I think the work from home trend is a potential game-changer. When the pandemic hit and people started working from home, a lot of people started to get these same characteristics in life. Schedules became less packed and days opened up. Friday became a less important day. The middle of the day opened up for people to run errands and exercise and do whatever else it was they needed to do. The only question is whether this trend will continue or whether things will go back to the way they were.

I think we all want to control our lives. It’s why financial independence is so appealing. It’s not really about sitting around doing nothing. We just want to gain back some of the control.

I don’t control every aspect of my life. I have obligations and things I have to do. But I’ve gained back at least some control. And it has made a big difference.