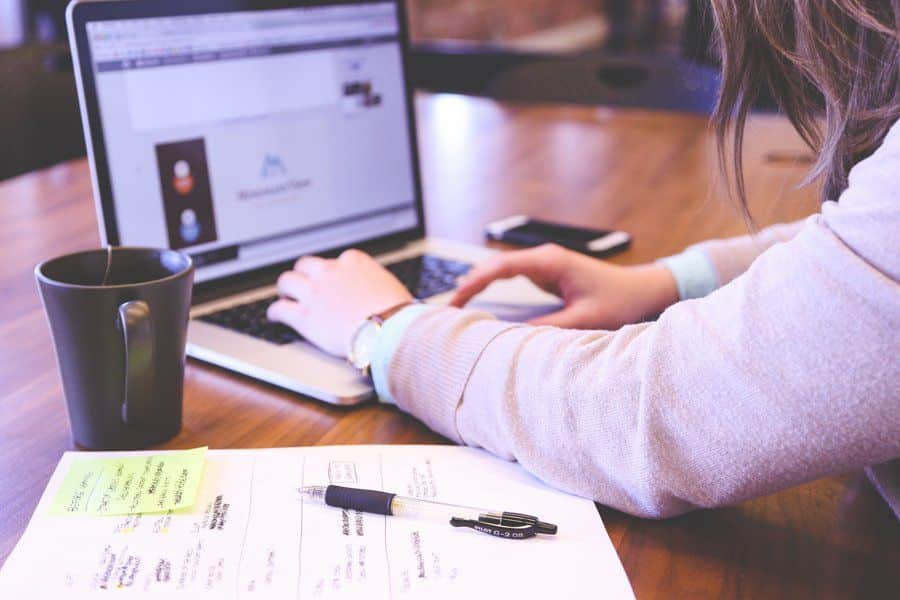 These days, student loans are pretty much a given for most young professionals. When I graduated law school back in 2013, I had a hugely negative net worth thanks to $87,000 worth of student loans that I had taken out. That doesn’t seem like all that much when you consider that the average law student today graduates with almost double that amount of debt. I think it’s a testament to just how normalized student loans have become when $87,000 can seem like nothing.

The thing that really stinks about student loans isn’t just the monthly payment. It’s the huge amount that you’re paying out each year towards interest. If you look at my own student loan history, you can see that I paid over $15,000 in interest over the life of the loan.

And that’s with me paying off the loan in just two years!

One of the reasons we’re paying so much in interest is because of the high-interest rates we’re given. Since anyone can get a student loan, the interest rates are higher than they should be for folks who are going into fields where they should hopefully make a decent income. Regular grad school loans clock in at a 6.8% interest rate these days. Grad plus loans come in at a whopping 7.9% interest rate.

Those kind of interest rates are no joke. Refinancing your loans takes into account your earning ability and gets you an interest rate that is more in line with your ability to repay your debt. In theory, most big law attorneys should be able to get their interest rate down to 5% or less.

A Timeline Of My Student Loan Refinancing Experience

I went through all of 2014 hustling to pay off my debt but doing so at 6.8% and 7.9% interest rates. At the time, I didn’t know that student loan refinancing was a thing. In retrospect, I basically wasted at least a few thousand dollars by not refinancing. By the end of 2014, I had paid off all of my 7.9% interest loans, leaving me with just the 6.8% interest ones remaining.

2015 was the first year I discovered that student loan refinancing was a thing. I waffled for a bit about what to do. Lawyers are naturally a conservative bunch, so it’s easy for us to get scared away from refinancing. Plus, the idea of refinancing sounds scary, these companies were new (at the time), and people on random forums kept mentioning that I would lose “federal protections” if I refinanced my student loans.

When you think about it, student loan refinancing is pretty simple in its most basic form. What you’re doing is taking out a loan with a new company and using that money to pay off your old loan. Once you do that, you have a new loan, except at a lower, more favorable interest rate.

I first refinanced with SoFi, lowering my interest rate from 6.8% down to 4.3%. When I refinanced, I opted for a five-year, fixed rate term. I’m a risk adverse lawyer, so I never even thought about going for the variable rate term.

The process of getting approved was done entirely online. You basically enter in all the information about your job and what type of income you make. After I was pre-approved, I received the following email:

I then had to submit two paystubs in order to lock in the rate. I can’t really recall if I had to submit anything else. The main thing that companies like SoFi care about are that you have good credit and actually make enough money where you’ll be able to repay the loan.

Next on my refinancing journey was CommonBond. I’d been seeing their ads all over the place and figured I’d see what kind of rate I could get. The unique thing about CommonBond is their social mission. Much like Warby Parker or Toms shoes, CommonBond funds the education of a person in need for every loan that gets taken out with them. If you’re into companies with this kind of social mission, CommonBond is the way to go.

After noticing that they could offer me a variable rate of just 1.93%, I decided I’d be foolish not to take it. I opted to go with a five-year variable rate term. My rationale was that, by the time student loan interest rates rose, I’d be long done with my student loan. I ended up being right about that.

The process of setting up my refinance with CommonBond was largely the same as with SoFi. It took just a few weeks between my application and refinancing.

Last on my refinancing stop was Earnest. I’d received an email offering me $100 if I refinanced my loan with them. I already had a super low-interest rate, but I sort of wanted that $100. And I wanted to see what the Earnest platform looked like.

Since I had a huge chunk of cash to use that month, I decided to refinance the minimum amount with Earnest – $5,000. It was probably a waste of time, but since I’m an experimenter, it let me see what the Earnest platform looks like.

Of all the big three companies, Earnest definitely has the best-looking payment platform. The other two companies outsource their payments to a third party servicing company, which generally means a crappier looking website.

But…if you can only choose one, SoFi might be the company you want to go with because of all the free stuff you can get (explained in more detail below).

Getting Free Food With SoFi

One thing that I haven’t seen a lot of people talk about is all the free stuff you can get when you refinance with these companies.  There’s one particular company that really shines above all the others in the free stuff department – SoFi.

About four to six times per year, SoFi sponsors member events that are free to all SoFi members.  You can check out a page of all their events here. They have a clever system to avoid people from signing up and then flaking out, though. When you sign up to attend an event, they charge you a fee, but they refund that fee when you actually go to the event.

In 2016, I attended four SoFi events, all of which were held at fancy restaurants that I’d probably never go to on my own. Some of the events are just regular happy hours, but with enough food that you can basically get a meal for yourself. And they’re always open bar. I go for the expensive cocktails so that I can get my money’s worth. Any drink with an egg in it is always good for me.

SoFi has also held three fancy dinners in my city that would easily cost $100 per person if you include the drinks and tip you’d have to leave.

The good thing is that SoFi allows you to bring a guest with you, so you don’t have to go by yourself. My wife and I basically turn it into a date night. And the other amazing thing is that you can still go to these events even AFTER you’ve paid off your student loans.

I haven’t had a SoFi loan since 2015 and I’m still attending every single SoFi event that comes up. Since 2015, I’d estimate that my wife and I have probably snagged $1,000 worth of food and drink between the two of us.

That number is now probably closer to $3,000 worth of free food and drink since I also won a SoFi contest that allowed me to fly to New York for free (check out my recap of my SoFi trip here).

Just a tip though – these SoFi events fill up fast, so you’ve got to be ready and sign up for them as soon as you see them.

Things To Remember If You’re Going To Refinance

What Should You Do If You’re Looking To Refinance Your Student Loans?

The way I see it, you have two options when it comes to refinancing your student loans.

Your first option is to do like I did and pick and choose your way through each individual student loan company. Each one has its benefits:

I think any of these companies will do the trick, although I’m partial to SoFi simply because of all the side benefits I’ve received from refinancing with them.

In this area, I recommend using Credible. If you use Credible, you’ll be able to see your interest rates for almost every student loan company out there. Even better, Credible will give you $200 if you refinance your student loans using the below link.

For sure, if you’ve got a good income and aren’t planning to go for any sort of student loan forgiveness program, then you NEED to refinance your student loans – it’s a no-brainer. Hopefully, my experience with refinancing my student loans can help you out along the way.