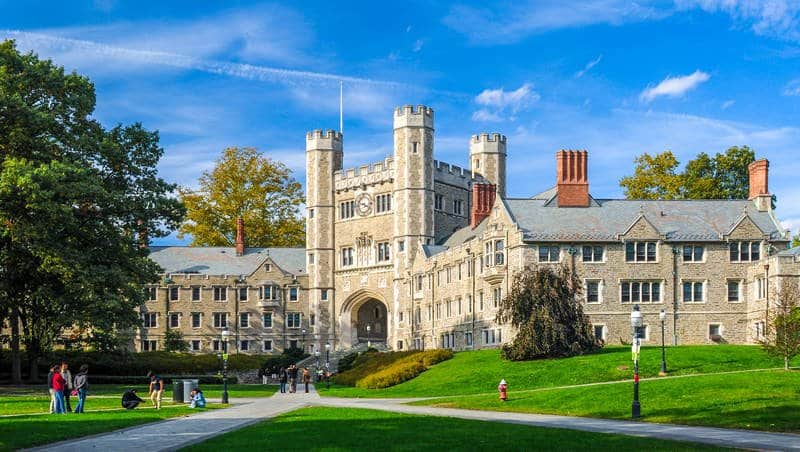 If you’ve been following the news, you’ve probably seen or read something about this whole college admissions scandal. In mid-March, the Department of Justice busted a bunch of rich and famous people in a nationwide scheme in which parents paid people to cheat on SAT or ACT exams and/or bribed school officials to help get their children into particular schools. It’s the largest college admissions case brought by the Department of Justice, and it’s getting a lot of press because of the people involved – famous actresses, bigshot lawyers, bigwig finance people, etc.

This bribery scandal is interesting to me, not really because of all the bribery details, but because of what this whole thing says about the craziness that a lot of us have when it comes to prestige. In this case, these parents were willing to pay hundreds of thousands of dollars in order to get their kids into elite schools – schools that, in my opinion, probably won’t make that much of a difference in their lives.

Think about it. There are pretty much two types of kids involved in this whole scandal. The first are kids like me (and probably many of you) – decently smart and hard-working, but just not quite good enough to get into the uber-elite schools. These type of kids will probably do just fine no matter where they go to school, especially when you consider the parents that these kids have and the resources and connections they’ll have access to as a result.

The second type of kid involved in this scandal are the lazy, screw-up kids. I’m sure people can change, but my guess is that an 18-year-old lazy, screw-up kid is probably not going to suddenly become an amazing student just because they’re going to an elite school. If anything, wouldn’t they just fail out?

Given these two facts, what was this whole college admissions scandal about? On its face, it’s about parents trying to help their kids succeed. But in reality, I don’t think it’s about the kids. It’s about the parents and their desire for prestige. And as can be demonstrated from this whole scandal, prestige can control us to the point that we do crazy things.

A Lot Of College Is About Prestige, Not The Education

I’ve always found the Ivy League and elite college thing interesting, as I think a lot of us think these schools are a bigger deal than they really are. One of my favorite articles is a 2005 New Yorker article by Malcolm Gladwell in which he writes about the world of Ivy League admissions (say what you will about Gladwell, but I’ve always liked his stuff, even if he sometimes doesn’t look at the nuances of things all that much).

In other words, someone good enough to get into an uber-elite school would probably have the drive and motivation to do well anywhere they went. Indeed, this has been demonstrated to some extent by studies showing that students that were admitted into two schools, one elite, and one less elite, ended up doing about the same from an income point of view later in life. The school didn’t matter as much as the person going to that school.

I first read this New Yorker article when I was already in college, but a lot of the points in the article made sense to me, especially because I had just gone through the whole college admissions process. At the time, I’d really wanted to get into uber-elite schools like Michigan or UCLA (one of the schools named in the scandal). I didn’t get into either school and ended up going to the University of Wisconsin – still obviously a good school, but not so good that my parents were bragging about it to their friends.

Did going to Wisconsin instead of a “better” school like Michigan or UCLA really make a difference in my life? Most likely not, especially since I ended up just going to law school afterward (which basically meant my undergrad institution was completely meaningless). My brother got into both Wisconsin and Michigan. If you ask him today, he wouldn’t say that Michigan made him better than if he had gone to Wisconsin. What it did do, however, was give my mother something to brag about to her friends. Her son was going to Michigan!

The College Admissions Scandal Is About Prestige

Given what we can assume about these kids – either they’re just normal students that weren’t quite good enough to get into the elite schools or they’re screwup kids that will probably be terrible students wherever they go – what exactly was the point of all of this? Here are my thoughts.

These Colleges Were For The Parents, Not The Kids. As an Asian-American, I know a lot about what college means for parents. Yes, education is important, but often, college is about what the parents can say about their kids. A bigshot lawyer or a bigshot finance guy can pay to get their kid into an elite school, then brag to their friends about how their kid goes to USC or Yale, or whatever. The school matters for their parents status, perhaps even more than it matters for their kid.

These Colleges Probably Won’t Make Much Difference In These Kid’s Lives. Take the example of Lori Laughlin’s daughter (aka Aunt Becky). I’d never heard of her before this whole scandal, but I saw that she has a YouTube and Instagram with millions of followers. She’s making money already. For her brand, going to college absolutely makes sense since she can sell the college experience on her YouTube and Instagram (think videos and pictures about decorating her dorm room, what clothes she wore on her first day of class, etc). But did it really matter that her college was USC, or just that she was going to college in general? I’d argue that she could have gone to any college with a decent looking campus – she didn’t have to go to USC. The same is true for many of these other students too – they’d fail or succeed the same wherever they went.

This Whole Thing Is Probably About Showing Off to Others. Bigshot professionals can often get stuck in a keeping up with the Joneses situation. Who’s got the bigger house, the better car, the bigger paycheck. This stuff might make us happy, but it sure seems like, a lot of the time, this stuff isn’t just about us. It’s about what we can show to others. The college thing sure seems like it was about what the parents could say to their friends about their kids. You can’t show off when your kid is going to some regular, state school. But when they’re going to an elite, private school – now you can show off.

For a long time, I let my desire for prestige control a lot of my actions. Jobs weren’t about the job -they were about how good they looked to others (e.g. What do you do? I’m a big shot lawyer!).

As I’ve gotten older and especially as I’ve gotten into this whole financial independence movement, prestige continues to be less important to me. I care less about what others do and how much they make, and more about what they really do and how they’re living their life. Are they happy with their lives? And are they doing stuff they really enjoy? Or just trudging through life because they think they need to do that?

What we can learn from this is that we need to think carefully about what we’re doing. Is it for us? Or is it for the prestige?

So don’t let prestige control your life. That stuff can trap you in an endless cycle of trying to one-up everyone else. And that’s just not worth it.