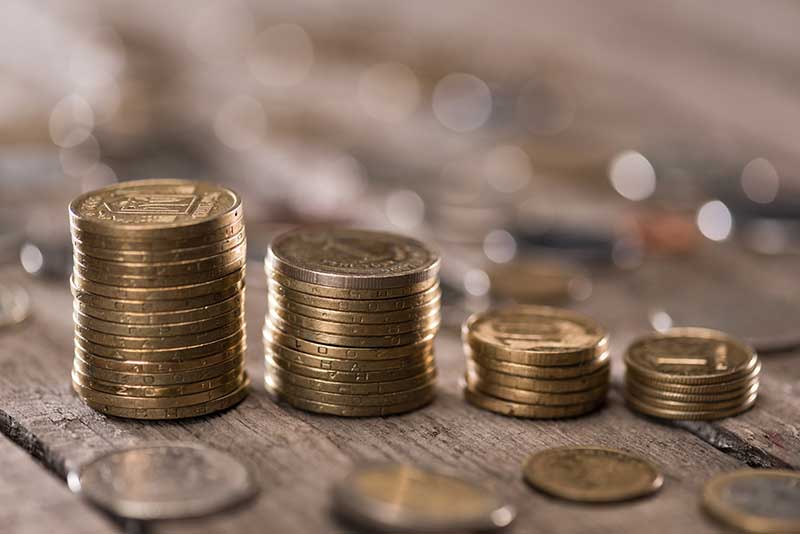 An assumption a lot of people make when thinking about their income is that it’ll have a sort of linear, upward trajectory. It’s a logical assumption to make. Each year, you gain more experience, get promotions, earn raises, and move to higher-paying jobs. It’s natural to think that as you progress in your career, your income will steadily rise.

And while this is probably generally true that your income will rise over time, it’s unlikely it’ll do so in a linear trajectory. Income can actually be pretty volatile. One year you might do very well for yourself thanks to a new job or a big bonus. In another year, unforeseen circumstances might cause your income to drop. Maybe you get laid off. Or you move into a lower-paying job. Or you move to part-time work. There are a million reasons why your income can go up or down and there’s really no telling where your income will go.

My own income trajectory is a good example of how your income can be all over the place. I went into my career assuming my income would rise each year. But for most of my career, my income has actually gone the other way. Each year, I always seemed to make less than I did the previous year.

I will say, I don’t recommend purposefully trying to make less money each year. I didn’t do it on purpose. It happened because I was trying to find the right job for me – one that gave me purpose and made me happy and gave me the right balance between work and life. Or maybe it was just because I was stupid, I don’t know.

In any event, stupid or not, there was an unexpected benefit of seeing my income go down each year. It gave me a bit of a test run in living on less and figuring out how much I need to be happy. And importantly, making less money each year gave me the flexibility to make big career changes, something that I might not have been able to do if my income had been steadily rising each year.

A Brief Look At My Income Trajectory

My first job out of law school was at a large law firm, where I started at a six-figure salary. This was an absurd amount of money to me at the time – I was 26 years and before that, my highest paying job ever paid $13 per hour. I ended up working at the big law firm for three years, during which each year my income went up by a set amount (a $5,000 raise in my second year, followed by a $10,000 raise in my third year).

Like many young lawyers, I didn’t last very long in biglaw. After three years, I found my way over to the public sector, snagging myself a job at my state Attorney General’s Office. This new job paid me much less – I ended up taking a $50,000 pay cut to move into public service. The trade-off was that the new job would theoretically give me a better work-life balance.

Unfortunately, the dream of a better work-life balance didn’t end up panning out. I found myself working as many hours as when I was working in biglaw, but only now I was making much less money. After a year, I once again began looking for a new job.

I ended up finding a new job at a legal non-profit. This job came with another pay cut – this time I was making $20,000 less than what I made at my government job. If you’re keeping track at home, my income started at six figures, peaked in my third year of practice, then dropped $50,000 the next year before dropping another $20,000.

Exact numbers are always helpful, so here are the salaries at each of my jobs. As you can see, unlike what most people would aim to do, my income went backward.

It Made My Transition To Self-Employment Much Easier

I didn’t go into my career with the plan to try to earn a lower salary each year. It happened by accident. For most people, making more money every year is obviously what you should try to do.

That said, this strange income trajectory did come with an unexpected benefit. It made my transition to self-employment a lot easier because the income I had to replace was much less.

As glamorous as some people make blogging and writing out to be, it’s not always a money-making venture – at least not for a long time. I’m not getting rich off my writing. But I am earning enough to live a respectable life – especially when you consider how much more of my time I now control.

When I was making six figures, trying to replace that sort of income with my self-employment income would have been very difficult. But my last job only paid me $57,000 per year. That was a number I could totally hit. I only needed to make about $5,000 per month from anything to equal what I made at my last job. The numbers worked out. I could make $1,000 to $2,000 per month from my side hustles (which I’ve been able to do without fail for years). That meant all I needed to do was make $3,000 to $4,000 per month from this blog to live the same lifestyle as I’d been living before.

I knew I could do it. And it was because my income was going the wrong way for years that I was in this position where I could take bigger risks.

What Can We Learn From This?

Most of us tend to have an upward income trajectory over time. This is obviously the right thing to do. When your skills are better, you should be compensated more for them.

But if you’re thinking about major career changes or retiring early or moving to self-employment, consider testing yourself first. What is your life like if you’re making less money? You can try a different job, one that’s hopefully less stressful and gives you more of your time back. And if you aren’t comfortable downgrading your income, then treat your current job as if you’re making way less money. Put everything else aside to use for whatever future venture you are thinking about doing.

For me, each job change I had didn’t really impact my lifestyle. It turns out I wasn’t spending that much money anyway, so I surprisingly found myself living the same lifestyle as I’d been living before, even though I was making as much as $70,000 less than what I made at my peak.

A higher income is good. But that higher income can sometimes act as golden handcuffs. If you’re paid too much, it’s often not easy to make the move to something that you maybe want to do. If I’d managed to stay in biglaw, who knows. This blog might not exist. I’d be making too much money to get out.