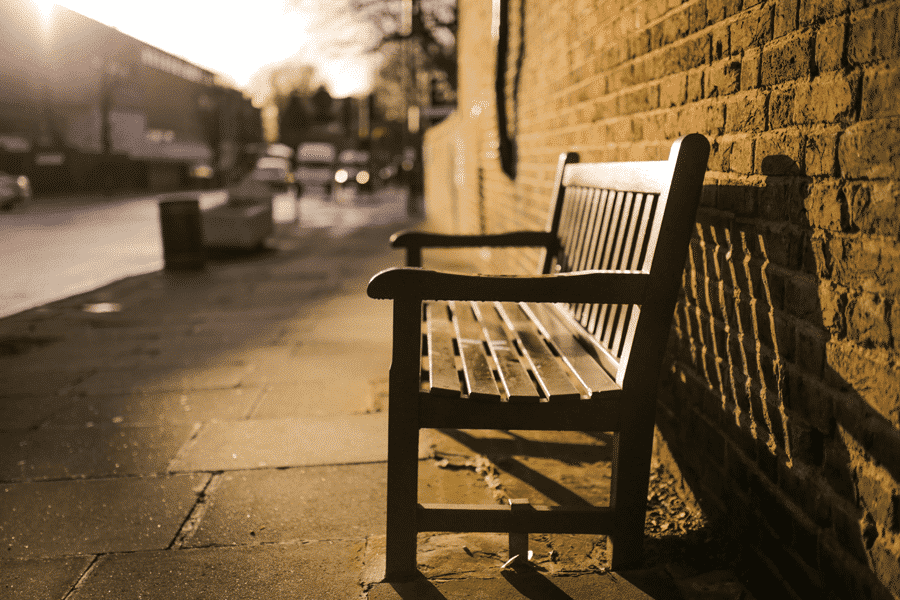 It’s moving season in my neighborhood and, as a result, the streets are getting filled with trash as the college kids in my neighborhood move out. For someone like me, it’s like Christmas. There’s more trash out there than I can even realistically grab.

If you’re a new reader, you’re probably wondering what the heck I’m talking about. As a bit of recap, for the past few years, I’ve been grabbing furniture and other junk that people throw out and reselling it.  It’s pretty crazy how much stuff is just sitting out there waiting to be sold. Over the past year, I’ve documented exactly how much I’ve made selling these unwanted treasures in my monthly Side Hustle Reports. In some months, I make just a few bucks from trash.  In other months, I can sometimes make hundreds for just a small amount of work. Remember, this is money I make from stuff I literally find in the street while I’m out and about.

I’ve made it a goal to earn $1,000 per year from selling trash finds and for 2017, I’ve already surpassed that mark.  Back in 2015, I made over $1,000 just selling stuff I found in the dumpster of my apartment building! Besides the monetary aspect, I also get to do some good by keeping perfectly good stuff out of a landfill.

With the college kids moving out, this is the time of the year that I can usually stock up on a lot of good stuff that will likely last me through the winter.  It occurred to me though that once you find this stuff, you might wonder what to do next. Where do you go to sell your trash finds?

In today’s post, I thought I’d share with you the apps and websites I use to sell the stuff that I find on the street (aka “my trash finds”). This can be a great resource, not just for you trash sellers out there, but also for anyone else looking to earn some money from the stuff in their house.

Where To Sell Your Trash Finds

Back in the old days, you basically only had one option to sell your stuff locally – Craigslist.  Today, there are a ton more ways for you to sell stuff to people in your city.  Here are the four apps and websites that I recommend for those of you looking to sell your trash finds or just looking to clear out the clutter in your home.

It’s the original marketplace and probably the first place that most people look to when they’re selling their junk. For most people who are just selling things here and there, Craigslist will probably be good enough.

The main disadvantage with Craigslist is that it’s old and clunky. Craigslist is famous for not really updating its website, and having to go through Craigslist’s mobile website to list up your stuff can be a chore. The other issue with Craigslist is how it doesn’t have a clear avenue for people to contact you. People can call you, text you, or email you, which can be a pain when you’re getting a lot of messages about something you’re selling.

Craigslist will still always be the best place to sell your big items – things like couches, beds, or huge appliances. And you’ll still make plenty of sales just from listing your stuff on there.

I will say that, in the two years that I’ve been actively selling my trash finds, I’ve found Craigslist to be less and less important in my selling strategy.  Maybe it’s just the type of stuff I sell – usually small pieces of furniture that are cheap and sell quickly. I still always put my trash finds up on Craigslist, but I’m seeing that the marketplace is moving towards these mobile first apps, at least in urban areas with a lot of younger buyers.

The process of listing things up is pretty simple.  You just go to the Marketplace screen in your Facebook app, list up your item, and then wait for people to communicate with you.  All communications are done through the Facebook Messenger app.  The downside is that it uses your Facebook account and sometimes, I’d rather people not know my full name. Not a huge deal, but you never know what crazy people you’ll meet out there.

At the moment, Facebook Marketplace is definitely where I’m making the majority of my sales – at least in the past few months.  If you’re not listing your stuff up on there, you’re missing out on a huge market of potential buyers.

I’ve been using OfferUp since 2015 with pretty good results. Along with LetGo (discussed below), it’s one of the two big standalone selling marketplaces out there.  Like with all of these mobile first marketplaces, you communicate with people through the app, which helps make things simpler.

Depending on your market, OfferUp could either have a huge base of users or be sort of crappy.  Here in the Twin Cities, I’ve found it to be decently good and before Facebook Marketplace, I’d say I sold about half of my trash finds through here.

With the rise of Facebook Marketplace, OfferUp has become less important in my selling strategy, but I still always go through the trouble of listing things up on here as well. It doesn’t take long and you never know who might stumble upon something on there.

LetGo is the other standalone selling marketplace that can be a hit or miss.  Listing things up on LetGo is even faster than OfferUp since it has a heavier emphasis on photos.  All you have to do is upload a picture and then LetGo will actually title your listing for you based on what it thinks your item is.

It’s supposedly as big (or bigger) than OfferUp, but I haven’t really received a ton of traffic from LetGo, so your mileage will probably vary.  It’s possible that it’s not as big as they claim, or it’s possible that there just aren’t that many people in my market using it. Whatever the reason, I still like to go through the trouble of listing things up here since it doesn’t take up much of my time to do so.

My advice to anyone trying to sell anything is to list up your stuff on every platform I’ve listed above. When it comes to selling stuff, you want to get it in front of as many people as possible.

The entire process of listing stuff up shouldn’t take too long.  I find that the hardest part is getting pictures taken and measuring the dimensions (listing the dimensions of the thing you’re selling is super important).

Once you’ve written up your description on one platform, all you need to do is then copy and paste it into every other app or website you’re using. The whole thing only takes a few minutes.

For smaller things, you can use eBay.  I’ll occasionally jump onto eBay if I’m selling something small I found – books, for example. For niche items, eBay will be the only place that it’ll sell. Obviously, you’ll need to think about whether going through the trouble of shipping stuff is worth it to you.

I hope that helps those of you who are looking to either sell your trash finds or just looking to clear up the clutter in your house. Remember, there are a lot more people that will buy your stuff than you think. It might seem like trash to you, but I guarantee that there’s probably someone out there that wants it and will pay you for it. I’ve been making an extra thousand dollars a year just from picking up stuff that people think is valueless. So go out there and see what you can find!