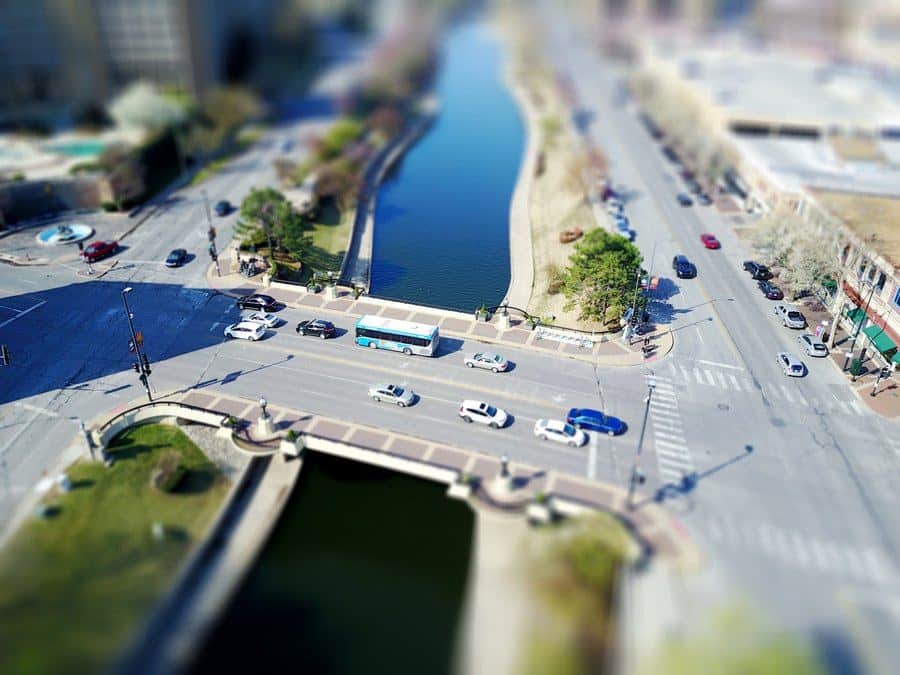 A few months ago, I got into a dumb and completely avoidable bike accident.  My wife and I were biking to meet up with a friend that lives not too far from us.  The bike path that leads to our friend’s apartment winds its way through campus and part of the path goes through this narrow strip that’s basically an alley behind a building.  Traffic on this path goes in both directions.

You can probably see where this is going.  As I was traveling along this path, I ended up looking down at my phone and found myself veering into the other lane.  Another biker came around the corner and I rode into him headfirst, toppling both of us off our bikes.  The incident was definitely a learning experience to not mess around with your phone when you’re on a moving bike.

Thankfully, neither of us was injured.  Unfortunately, the crash did cause damage to the guy’s front wheel. My bike remained unharmed – and even if it was damaged, it wouldn’t have mattered because I was on a bike share bike. They handle the bike maintenance, not me – another reason why bike share systems are awesome.

It’s taken me a while to write about this incident because, frankly, it’s embarrassing.  But as I look back on it, I realize there’s something that I can share here.  After making sure we were all okay, I told the guy to go get his bike fixed and send me the bill.  He didn’t expect it would be super expensive – only part of the bike was messed up.  Still, it was a costly mistake.  The repairs ending up costing around $190.  He had a pretty fancy bike that required a special part.

Luckily for me, I’ve had money that I’ve been setting aside for the past couple of years to handle situations exactly like this.  It’s my stupid mistakes fund.  As a result, even though I wasn’t expecting it, I already had $190 set aside to cover this mistake.

Basically, the idea with the stupid mistakes fund is to save a small amount of money each month to cover “unexpected” – but really, when you think about it – expected mistakes.  None of us is perfect, so we’re all going to make stupid mistakes in our life. It’s just a matter of when.

Since starting my stupid mistakes fund, I’ve only had to use it a few times.  The last time I used it – before this bike accident – was on my honeymoon when I stupidly wiped my glasses using a cloth that had some sand on it.  It ended up scratching the lens and bothered me so much that I needed to get the glasses replaced.  That cost me $80, which was easily covered by the funds I had squirreled away from myself over the years.

Does it stink that I had to buy new glasses?  Sure, but it stinks less when you’ve already saved for it.

Why Create A Stupid Mistakes Fund?

Most stupid mistakes won’t bankrupt you.  For the most part, you’ll probably be able to cover it with your regular cash flow. But stupid mistakes have a way of messing with our goals.  For most people, a stupid mistake happens, and then suddenly, they might find themselves a little bit behind on whatever they were trying to achieve that month. Then, before they know it, some more stupid mistakes happen, and the cycle continues.  Life happens.

The nice thing about a stupid mistakes fund is that it gives you a little extra cushion.  You won’t have to mess with your regular cash flow because you’ll already have money saved away for the situation.  And if you don’t need the money, great!  It means you’ve got cash on you now.

The opportunity cost of saving this money isn’t high either.  We’re not saving thousands into our stupid mistakes fund.  I save just a few hundred bucks a year – just enough to cover the few mistakes I make in a year. The cost of not investing that money isn’t high.

The other advantage of a stupid mistakes fund is that it can be set up without you even noticing it.  I save just $25 per month into my stupid mistakes fund.  For most people, I’d recommend saving somewhere between $25 and $100 per month, depending on how much you want to save and how many mistakes you tend to make in a typical year.

$25 or $50 per month isn’t really that much money.  Most of us spend more than that in a week just going out to eat lunch.  If you just automatically save a few bucks a month, I promise that you won’t even notice it.

It’s Easy To Set Up Your Stupid Mistakes Fund

I set up my stupid mistakes fund using my Capital One 360 account. All I did was set up a sub-account labeled “Stupid Mistakes Fund” and then every month, Capital One automatically withdraws $25 from my checking account. I’ve been doing it for years without ever noticing the money leaving my bank account.  You could do this with pretty much any online bank, but I prefer using Capital One 360 just because it lets me make sub-accounts really easily.  You can easily set up your stupid mistakes fund in just 5 or 10 minutes.

There’s some comfort in knowing that I have a little money set aside to cover these type of dumb mistakes. It takes no time to set up and it’s a nice way to make sure that I don’t ever fall behind in a month.