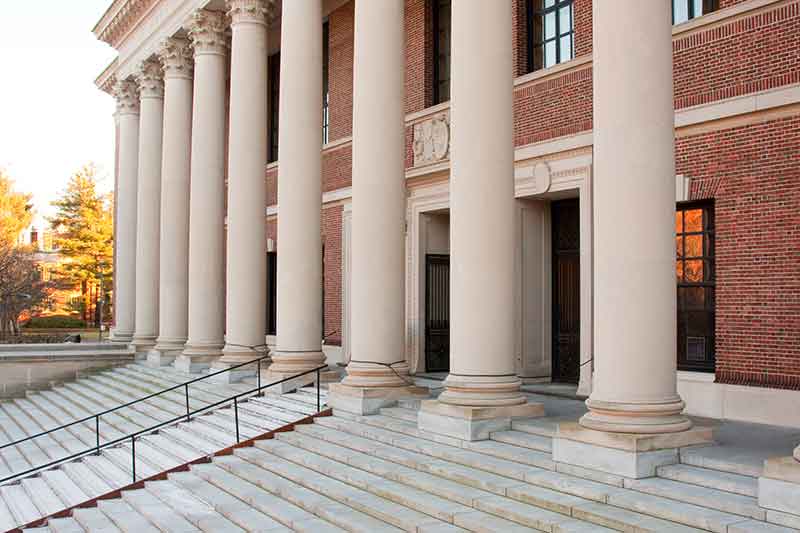 One of the formative moments of my life was when I graduated from college back in 2009. This was right in the heart of the financial crisis, so in terms of timing, I probably couldn’t have graduated at a worse time. Like many of my cohorts in that graduating year, I ended up moving back home because I couldn’t get a real job.

My lowest happened a few months after I moved back home. I was on the job hunt and applied for an administrative assistant position at a small CPA firm. The job paid $15 per hour, which wasn’t much, but at least it was a full-time job with benefits. During my final interview, the hiring person let me know that over 100 people had applied for the job and they were deciding between me and someone else. It seemed like I had a good shot at getting this job. But, a few days later, they let me know that they’d decided to go with the other person.

Here I was, a triple major from one of the top schools in the country. And yet, I couldn’t even get a job as a secretary.

This situation was what ultimately led to my decision to take the LSATs and head off to law school. Law wasn’t necessarily a dream of mine or even anything that I knew much about. I just knew that it was something I could probably do and it was (or so I thought) a way to get a good, real job and the middle-class lifestyle that comes with it.

The way the world looks right now means that a lot of recent graduates are entering an economy similar to the one I entered into a decade ago. You’re seeing people move back home with their parents. They might be working at the same jobs they had when they were in college and high school. The worst feeling is that feeling of shame and the lack of direction when you’re in this position – it’s a feeling like you’ve failed to launch.

Without much going on, it’s tempting to make your way to grad school with the idea that you’ll ride out the market downturn until things improve. In a few years, you’ll have a shiny new master’s or professional degree and hopefully some better job prospects to go along with it.

If this is you, I really think that this is something you need to think about carefully. I’m an advocate for more schooling – school was one of the best experiences of my life. But using grad school as a way to get past a recession can put you in a big hole – one that can hurt you for far longer than any market downturn.

Think Carefully – Grad School Might Not Be The Answer

It makes logical sense to ride out a recession by spending a few years in school. The problem is that so many people end up in grad school for the same reason – they can’t get a job, they feel ashamed and directionless, and then, with no idea what to do, they decide to go to whatever graduate program they can get into without really thinking about why they’re doing it or what it’ll mean for their financial future. A few years later, the downturn might be over and they find themselves doing something they maybe didn’t really want to do. And now they have the anchor of 5 or 6 figures of student loans weighing them down.

It’s this going to graduate school or professional school without a real reason to do it that I warn people against. This is exactly what I did – I went off to law school because I couldn’t get a real job and I had no idea what I should do next. I was ashamed and wanted to have something that I could identify myself as – in this case, a law student.

In terms of graduate programs, law school is uniquely suited to the person that has no idea what they want to do. There are no prerequisites to go to law school other than having somewhat decent grades and the ability to take a standardized test. Medical programs are a bit different – you need to have certain undergrad classes in order to go, which makes the people going to those schools, I think, a little bit more focused.

Questions To Ask Yourself Before Going To Grad School

Here are three questions I would ask yourself before you take the plunge into grad school or professional school. You have to really dig deep here and answer these questions truthfully. It’s easy to delude yourself if you aren’t being as introspective as you can be.

1. Do you really want to go to grad school or are you just doing it because you don’t know what else to do? I can’t back this up with any stats, but I’m convinced that half or more of the people that went to law school during the financial crisis did it because they didn’t know what else to do. My guess is that this could be true for many other grad programs as well.

On the one hand, it sort of makes sense. The opportunity cost of going to a grad or professional program isn’t very high when you’re underemployed and making minimum wage. Taking two or three years and seeing what things look like on the other side has a logical rationale to it.

The problem is that jumping into something without thinking too much about why you’re doing it can lead to dissatisfaction later down the line. That’s what happened to me. I jumped into a path because I didn’t know what else to do, then found myself a decade later unhappy with where I was, but with an identity extremely tied to the thing that I didn’t really care about.

Life is long. Too often, we act like it’s short. There will be twists and turns along the way. You can take your time. Sometimes, it’s okay to figure out where you want to go before taking that first step.

2. What sort of student loan debt are you going to end up with? If grad school was free or didn’t cost much, then I’d say go to grad school, even if you have no idea what you want to do. There’s nothing better than being in the sweet embrace of school while the world is falling apart around you.

Unfortunately, that’s not the world that we live in. Graduate and professional schools are expensive. Three years in law school can easily result in $200,000 worth of student loans. I had a 50% scholarship for law school and still managed to stumble my way into $87,000 worth of student loans. It ended up costing me $102,000 after paying interest – and that was only because I paid it off extremely fast.

When you’re in school, student loans can feel like play money. But you need to be careful because they can potentially be life-altering. Being underemployed and just trying to get through the recession, on the other hand, isn’t going to destroy you. You can cobble together something and regroup in the future. But it gets much harder to regroup if you stumble your way into grad school and end up with six figures of student loans.

My general rule of thumb is this – unless you’re going into medical school or dental school, don’t take out more in student loans than you think you’ll make in your first job out of school. And you have to be realistic and discerning with your expected earnings. Most graduate programs are notorious for overestimating what you’ll make.

The graduate programs that have prerequisites tend to be in the medical field – think med school, dental school, pharmacy school, etc. I’m more inclined to believe that those people actually want to go to med school, dental school, etc., simply because they had to do more while they were in college (i.e. taking organic chemistry and other required science classes). You can’t really be a political science major and then just find your way into med school. If you’re aiming to go to one of these graduate programs and tell me that’s your dream, I’m not going to second-guess you – you probably really want to go.

The other types of graduate programs are those that have no prerequisites. These are programs like law school, business school, etc., where you only need to take a standardized test in order to apply. I went to law school because I was an economics and history major and didn’t have the prerequisites to apply to medical school. A lot of other lawyers – while they might not admit it – probably ended up in law school for the same reason.

If you’re graduating into the recession and now are thinking about applying to law school or business school, really think about why you’re doing it. You’ll have to dig deep here to understand what you’re doing because you might trick yourself if you aren’t being as introspective as you can be.

I don’t know if I have a good, single answer as to what you should do if you’re entering what might be the worst job market in a century. Graduating at this time, unfortunately, is going to have a big impact on the rest of your life. Your wages will start off lower. You’ll probably have more student loans. You might never catch up.

There are positives too though. You’ll come out scrappier and more resilient than your peers that graduated in better times. You’ll more easily avoid lifestyle inflation. And remember, big things tend to happen after bad things happen – that’s a fact of history.

(Related: The Benefits of Graduating During The Financial Crisis)

I’m a big proponent of school and I think it’s valuable – if I had infinite money, I’d seriously be a student forever. But you need to be careful about the decision you make here because it’s not a small matter. Riding out a recession in school is likely not going to solve all of your problems. If you’re on the fence, my advice would be to sit it out and wait.