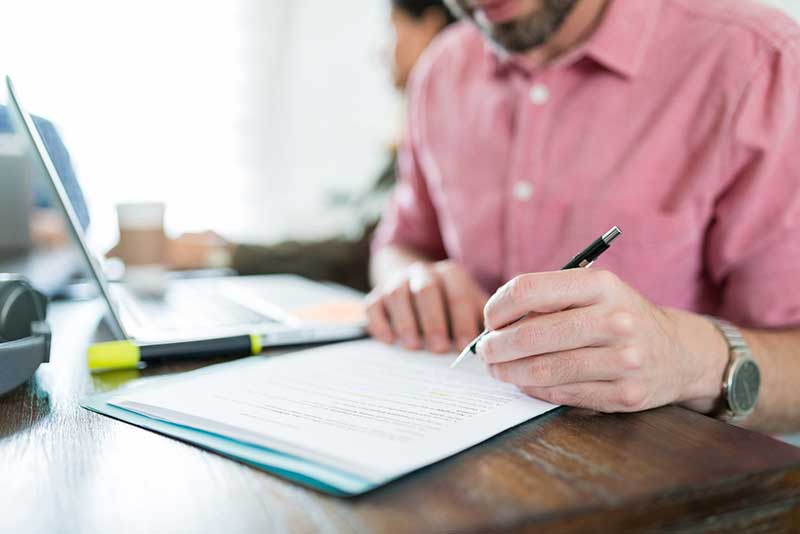 Last year, after five years of working as a lawyer, I finally pulled the trigger and quit my job to try my hand at self-employment. It’s a decision that had been coming for a while but that was finally put down onto paper after I had a particularly rough day at work back in 2018. After that bad day, I paged through my calendar 365 days into the future and wrote down the following:

Looking back at it, it’s pretty clear that I was unsatisfied professionally for quite some time. And over those years, I did what a lot of unhappy lawyers do – I bounced around from job to job, trying to find some job out there that was right for me. I even took multiple pay cuts during that search, eventually taking a $70,000 pay cut over the course of three years in my quest for that mythical dream job that I thought would be right for me.

At the same time as I was jumping around from job to job, I was also working on this blog, devoting hours of my free time to it. At first, it was just an outlet for me to share the things I was doing that I thought was interesting and that might help people. As I kept writing, it started to build up a little bit of a following. Eventually, the blog started to generate a little bit of revenue.

My epiphany that this wasn’t the only path came during one crisp, spring day when I was out biking around, doing food deliveries after a morning spent at a coffee shop working on the blog. I had taken a sick day at work, not because I was sick, but because I was hoping to use that day to decompress and work on some things I wanted to get done. I felt so free in that moment, with the sun shining down on me while I biked through the city in the middle of the day. A thought occurred to me. Maybe I was going about things all wrong. Instead of continuing to jump around from job to job, trying to find the one for me, maybe I’d already found it. Maybe this was exactly what I should do.

I’ve now been self-employed for a little over a year and things are going pretty well. But of course, I’m not so naive to think that nothing can go wrong. Like any risk-averse lawyer, when I made the leap to self-employment, I did so knowing that I had a lot of backup plans, just in case.

First, I had monetary backup plans. That is, if I couldn’t make money on my own, I at least had other ways to generate income to support myself. This includes the following:

Beyond monetary backup plans, I also have a number of career backup plans – things that I’ve had an interest in doing that I’ll pursue if it makes sense for me. Monetary backup plans are good (think emergency funds and side hustle emergency funds), but having defined, action-based backup plans can be just as important. These are the Plan Bs you have in life (if you’re more prepared, you might have a Plan C, a Plan D, and more). Life can be unpredictable – as proven by all the craziness that has happened in 2020.

At the outset, I don’t think I have any plans of going back to practicing law. While I could probably make it work if I absolutely had to, at this point, I’m confident that after half-a-decade, it’s clear that practicing law is something that doesn’t suit me very well.

With that said, let’s take a look at some of my backup plans and why I’m keeping them in my back pocket…just in case.

Plan B: Go To Library Science School And Become A Law Librarian

When I was in the midst of my career crisis, one idea that I thought might make sense was to go to library science school, with the goal of trying to become a law librarian. I admittedly don’t know a lot about what librarians really do, but for whatever reason, the idea that I could organize knowledge seemed to make sense to me. There’s also probably some appeal in that librarians don’t seem overly competitive, in contrast to what things are like in the law game.

So how would library science school work?

Whether I’m really serious about this option is still up for debate. A part of me understands that simply moving into another part of the legal profession might end up putting me in the same place as before – that is, unhappy and stressed out. On the other hand, it might be different enough to not have that issue.

This might be more of my Plan B versus my Plan C, but for now, this is where it falls. The way I see it, learning how to code does two things: (1) it opens up a lot of job opportunities since coding is a skill that a lot of companies need, and (2) it’s a skill that’s useful for someone looking at starting an online business.

I know that there’s a lot of opportunity in learning how to code because I saw my brother pursue this path with a lot of success. He ended up enrolling in a coding boot camp when he moved back to the United States after spending several years living in China. After doing some odd jobs and trying to figure out if he would go to grad school, a friend suggested that he enroll in a coding boot camp and learn to code.

He ended up using those skills to create his own online business that’s been working out very well for him. I figure that with the experience I have working on online-based businesses, it would probably make sense for me to learn how to code. Worst case, I could probably get a coding job if I had some decent coding skills.

Life Is Unpredictable – So Have Backup Plans

I have a few other deeper backup plans that could always be possible as well. Long ago, I thought that being an optometrist might be a cool job. The only issue with optometry is that it would require me to take a bunch of science classes in order to satisfy the prerequisites. Then, there isn’t an optometry school in my state, and given my current life stage, it’s unlikely I’d be willing to move out of state to go to optometry school. Finally, the student loan burden is probably too high for this to be a realistic option.

The ultimate take away from this post is that life is unpredictable. When I started out my career, I thought I had everything mapped out. It turns out life went a different way for me. It’s this unpredictability that leads me to always have a lot of backup plans in mind. I earn income from many different sources. I keep a lot of cash stored away, just in case. And if the path I’m on doesn’t work out, at least I know I have a lot of other options that I’ve thought about.

What backup plans, if any, do you have in mind?