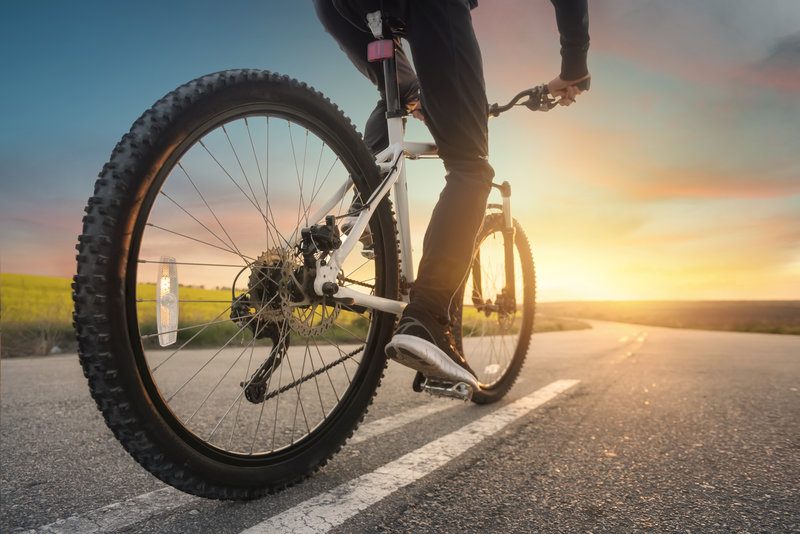 A few years ago, Mr. Money Mustache wrote a blog post about his experience driving for Uber that really caught my attention. Regular readers of this blog know that I’ve been working in the gig economy for years in what I think is the most efficient and optimal way possible – mainly by using my bike to do all of my gigs and monetizing my life by fitting these gigs into my day-to-day activity. The gig economy has had a big impact on my life, so needless to say, I was eager to see what the king of efficiency and optimization had to say about his gig economy experience.

As can be expected, MMM looked at Uber from a Mustachian perspective – namely, with a real understanding of how much cars cost to operate, as well as how frustrating and ridiculous cars can be when used in certain situations. In what should come as no surprise, MMM found that driving for Uber wasn’t all that great, as it came with all of the problems you’d expect with driving around a city in your car. For example:

As far as side hustles go, driving for Uber and Lyft is undoubtedly the least Mustachian side side hustle that exists, requiring people to do all of the things that are antithetical to Mustachianism – driving around in a car for hours in order to move small numbers of people short distances in dense areas not designed for cars. If we were to design a side hustle that is literally the opposite of everything Mustachians believe in, Uber is probably exactly what it would look like.

Besides just the anti-Mustachian nature of Uber or Lyft, driving for them also never seemed to make much sense to me from a practical perspective. It doesn’t seem like you make much money after accounting for the actual costs of driving. You make even less money after accounting for the negative health impact of driving around in a car. It also keeps more cars on the road, and worse, it keeps idling cars on the road, which hurts all of us in the long run.

And, honestly, it just doesn’t sound like very much fun. Most people spend their entire day sitting at a desk in an office. After 8 hours of sitting at a desk, I can’t think of anything less appealing than spending more time in a car, fighting through traffic.

Interestingly enough, however, there is one side hustle out there that seems to be designed for Mustachians, coming with the benefit of removing cars from the road and literally paying people to ride their bike around the city. Since 2015, I’ve delivered food on my bike with on-demand delivery apps like Postmates, DoorDash, Uber Eats, Grubhub, Caviar, and the like (hereinafter, I refer to these apps collectively as bike deliveries). This side hustle has led to me biking thousands of miles over those years, improving my health in the process, and adding up to thousands of extra dollars in my pocket as well – all of which I’ve been able to save towards my ultimate goal of financial independence.

Biking around a city, getting exercise, improving your health, and making some extra money to boot?  It’s no wonder that bike deliveries might be the ultimate Mustachian side hustle.

The Mustachian Advantages Of Bike Deliveries

You can see why bike deliveries could be called the ultimate Mustachian side hustle when you think about how it works. Bike deliveries literally do the opposite of everything driving for Uber or Lyft does.

Whenever I see someone doing deliveries with their car, I just can’t help but say to myself. Argh! What a waste!

Bike Deliveries And The Impact On Your Health And Your Wallet

Still, depending on where you live, I think it’s one of the more valuable side hustles you can do (and super underrated). I’m able to optimize my deliveries and easily fit them into my day-to-day life. I’m also able to stack multiple apps at once so I can be extra efficient and earn the most money I can for my time. At this point, I’ve gotten so good at doing bike deliveries that I rarely make less than $20 per hour doing it.

$20 per hour or so might not seem like all that much money – but it’s important to think about the value of this extra income in context. One of the things that a lot of people underestimate is just how valuable it can be to consistently earn small amounts of extra income over a long period of time. Even just an extra $5 per day – something that literally anyone can do – can come out to $184,000 if invested consistently and allowed to compound over a 30-year period (assuming a 7% rate of return, which I think is totally reasonable). Double that to $10 per day, and you’re looking at over $360,000. Figure out how to make $20 per day and you’re looking at almost $750,000 if compounded over 30 years!

Making a few extra bucks each day is not an outrageous thing to ask someone to do. Indeed, all of us need to spend some time each day exercising and staying physically fit. This isn’t something I’m making up either – the Department of Health and Human Services says that for substantial health benefits, adults should do at least 2.5 hours to 5 hours per week of moderate aerobic physical activity.

That also doesn’t include the cost benefits you’d receive from improved health during that time span, which could easily number into the millions depending on how much healthier you are in the future. Your improved quality of life is also likely priceless.

This simple, pretty stupid sounding side hustle, could be worth literally millions of dollars. People often laugh at me when I tell them they should do bike deliveries. But really, it doesn’t seem like a bad use of my time.

I’m on a quest to get people to try doing bike deliveries just because of how valuable it is, not just to your wallet, but also to society as a whole. Deliveries are going to happen no matter what. We can go out there, improve our health, make some money, explore our city, and improve this whole delivery process at the same time.

Uber and Lyft have always been the darlings of the gig economy/side hustle world – it just seems like something a lot of people gravitate to when they need a side hustle. But driving people around in a car never seemed like something I’d want to do.

Delivery apps have been catching up as a side hustle, but the vast majority of people who do deliveries still don’t do them correctly – opting to drive around and do deliveries in their car, rather than hopping on their bike to do the same thing. In fact, a lot of people call delivery workers “delivery drivers” rather than “delivery people.” Being a delivery driver, in my opinion, is not what you want to be. That’s thousands of dollars, and possibly millions of dollars, in wasted opportunity.

I currently deliver for Postmates, DoorDash, Uber Eats, and Grubhub. Check your city to see what’s out there. Of course, doing bike deliveries isn’t a necessity to reach financial independence or even to improve your financial position. But if you’re someone looking for a side hustle and you’re on the Mustachian end of the spectrum, this is exactly where you should be looking.

I’ve been doing bike deliveries for years now – a lifetime really when you think in terms of how long these apps have existed. And I just have way too much fun doing them. When you think about how bike deliveries work, this really is the ultimate Mustachian side hustle.