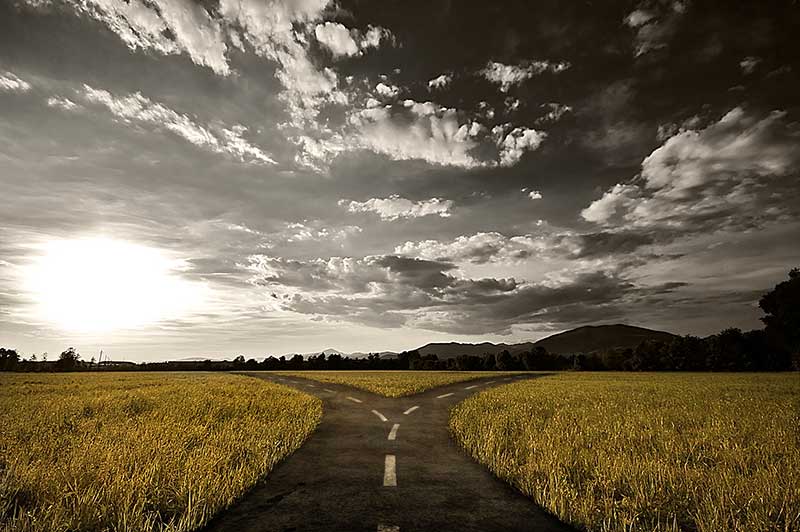 If you spend too much time listening to what most people tell you, it can often feel like we don’t have much room to make mistakes.

I know that’s how I’ve often felt. For most of my life, I was taught that you needed to do things a certain way – go to a good school, get a good job, stay on the straight and narrow. Failure to do that, I was led to believe, could lead to disastrous consequences. It’s no wonder that for most of my life, I played it safe and rarely did anything out of the ordinary.

I’m sure I’m not the only one that’s gone through life with this sort of mindset. You can see it all around us in the decisions we make. People stay in jobs they don’t like. They second guess themselves with their decisions and ultimately opt to do nothing. We’re taught from the first day of school to play things safe and stay in line. And if we step off the path for even a second, there’s no shortage of people who will tell us what a big mistake we’re making.

You can see this same sort of thinking even in the financial independence world. Opting for financial independence is seemingly a decision that gives you all of the safety and flexibility in the world. And yet, you’ll find plenty of people telling you that if you do it wrong or declare yourself financially independent too early, you’re doomed to fail and will ruin your life.

When you think about it, you can sort of see why this narrative is in place. The world wants you to be conservative and to play it safe. It wants you to be scared of trying to do things differently. It’s how employers get you to stick it out in jobs you don’t like, paying you just enough so that doing something else will be too scary. The world wants you to think that if you make the wrong decision, you’re going to ruin your life – so better to stick with the status quo and grind it out on the safe path instead.

The truth is though, as much as we all hate making mistakes, the mistakes we make really aren’t as bad we think they are. There are very few life-ruining mistakes. And if we realize this, it gives us a lot of opportunities to face our fears and do things that we might not have thought was possible.

One of the reasons we hold ourselves back, I think, is that we overestimate how big our decisions really are. A lot of us look at our decisions in terms of worst-case scenarios. We see a decision and imagine that if it’s wrong, it’ll ruin our life.

That’s how I thought about the idea of quitting my job. I knew that I wanted to do something else. Working for myself was what I wanted to do – but I had a lot of doubts too. If I made the leap and failed, it’d all be over. I’d never get a job again. Or at least that’s what I seemed to think.

But here’s the thing. There are very few things we can do that will ruin our life. Most of our decisions aren’t going to be life-ruining, no matter how bad we think things can get. For the most part, even if we make a mistake, we can always bounce back.

A way to get around this sort of irrational fear is to think about whether any decision really can ruin your life. Tim Ferris calls it fear setting – think of your nightmare scenario, i.e. the absolute worst thing that could happen as a result of your decision, and ask yourself, is that scenario really as bad as you think it is?

Let’s think about some potential worst-case scenarios and how realistic they really are:

What you’ll find is that most of your worst-case scenarios are really more like a 3 or 4 out of 10 on the badness scale. It sucks, but you can bounce back. Very few are going to be – as Tim Ferris has eloquently stated – on the “holy shit, my life is over” level.

We’re All Human – And We All Make Mistakes

We’ve all heard this before. We’re human. We all make mistakes.

And yet, it often seems like few of us accept this fact. Instead of allowing ourselves to get into difficult situations where we might very well fail, we instead retreat into safety. After all, if we never take any risks or do anything where we might fail, we never have to worry about making mistakes.

I think one thing that really makes us fear making mistakes is the judgment and the “I told you so’s” that we often get from the people who don’t understand what we’re doing. Most people aren’t wired to do things outside of what people have told them to do. They’re definitely not wired to put themselves out there for the world to judge.

There are those of us that embrace our mistakes and those of us that don’t make mistakes because we never put ourselves in a position where we can fail. If you never fail, you never have to worry about the judgment and shame that comes from the mistakes. But you might miss out on what could have been too.

Mistakes are all part of the learning process. None of us starts at the top. We have to work our way up there and it’s the mistakes that we make that help us do that.

You Can Take Chances

To be sure, there’s nothing inherently wrong with playing things safe. But it can hold us back too, keeping us from doing the things that we might have been meant to do. There’s a lot of sacrifice in sitting in the middle, never really doing anything that puts us at risk.

I like to think my wife and I have taken chances in our lives. She went out and bought a practice directly out of school. Most of her classmates didn’t have the guts to do that. It came with a lot of risks, but what was the worst thing that could happen? She’d go bankrupt and then have to get a job working for someone else. That wouldn’t be a thing we’d want, but it wouldn’t ruin our lives.

The same is true of my decision to quit my job and make a go of earning a living writing online and side hustling. What was the worst thing that could really happen? I’d fail miserably, get laughed at by everyone who said it was stupid, and then I’d just go back to work. It’d suck, but my life wouldn’t be over.

Of course, this doesn’t mean recklessly jumping into our decisions either. I saved up a lot of money before I made the leap to self-employment. I also knew what I could do in my worst-case scenario. If I couldn’t make any money, I’d figure out a way to scrape by with my side hustles, then probably go back and get a regular job.

We’re all going to make mistakes. Decision-making is all about making choices with incomplete information. We don’t know the future, so the best we can do is make the best decisions we can with the information we have.

Very few of the mistakes we make will ruin our lives. Even our worst mistakes, in the absolute worst-case scenarios, are mere speed bumps in our life journeys.