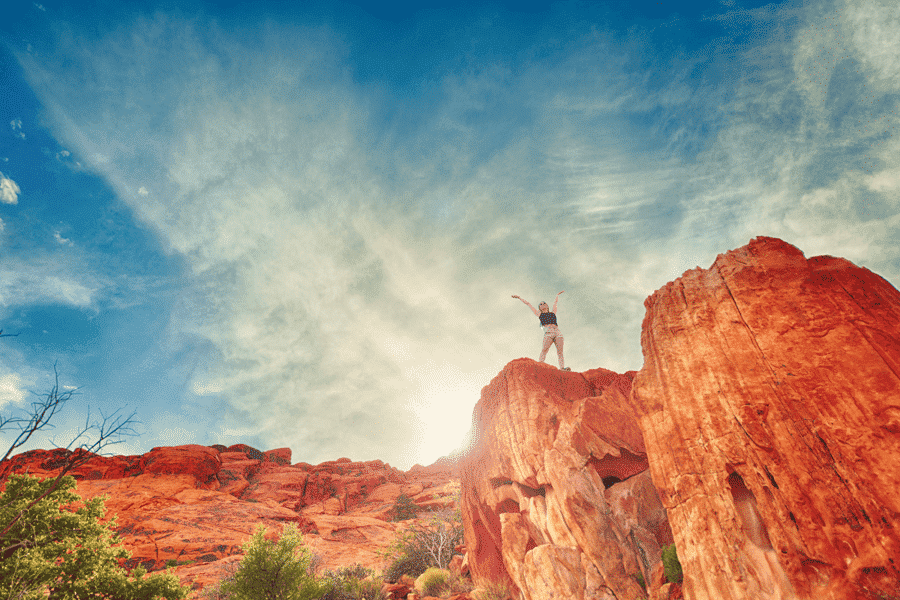 When you’re married to a dentist, you tend to learn a lot about the world of dentistry. Turns out dentists love to talk about teeth and when you hear them talk about it all the time, you end up picking up a few pieces of information here and there.

Perhaps the craziest student loan story I’ve heard comes from one of my wife’s friends.  This friend is currently a practicing dentist sitting on a mind-boggling $500,000 worth of student loans.  You read that right.  Half-a-million dollars.  It’s an absurd amount of debt – and potentially financially crippling.

To understand the impact of that debt, it helps to actually see what it means on a month-to-month basis. Assuming an interest rate of about 7% (which is a pretty fair estimate), $500,000 in student loans comes out to a monthly payment of $3,327 over the next 30 years.  On a standard 10-year repayment plan, my wife’s friend would be looking at a monthly payment of $5,805 per month.

A monthly fixed cost that high puts this young dentist in a problematic position.  Just to meet her monthly payments, she’d have to earn a minimum of $39,924 in after-tax money.  With that type of yearly outflow, it’ll be a long time before she’s financially independent.  She’d need to have a portfolio of over a million dollars just to afford to pay the bare minimum on her student loans for the next 30 years.

The amazing thing, though, is that with a bit of work and some significant sacrifice, it’d be possible for her to pay off all $500,000 of her student loans in just 5 or 6 years.  It definitely wouldn’t be easy and I admit that not everyone will have the ability to do this – this dentist just happens to be in a position that makes it possible to achieve an outlandish goal.

Despite this possibility of being debt free so soon, there’s a 99.9% chance that she won’t do it.  It’s just too far out of the ordinary.  In this post, I’m going to discuss how it’s possible for a dentist with $500,000 worth of student loans to pay it all off in just a few years and what we can learn from this example.

Before tackling how to handle this debt, I suppose the first question to ask is how does anyone even end up with this much debt in the first place?  A half-million in student loans seems pretty nuts.  Turns out it’s actually pretty easy for a dentist to end up in this position.  Take a look at the expected yearly cost for a school like NYU Dental.

If you’re keeping score at home, we’re looking at the following yearly costs for those four years of dental school:

NYU is pretty ridiculously expensive, but not all that out of the ordinary.  Tufts Dental School – another comparable east coast school – has an estimated four-year cost of $450,412.  Even an “affordable” state school like my own state of Minnesota has a four-year cost of $304,277 for in-state residents.

To make matters worse, not every state has a public dental school, making it even harder for many future dentists to reduce their school cost.  My wife, for example, is originally from Wisconsin and the only options for her were to either attend an expensive private dental school in Milwaukee (Marquette University) or opt to pay out-of-state tuition for another state dental school.  As a result, someone like her was going to end up with significant debt, no matter what she did.

$500,000 worth of student loans probably seems like an insurmountable amount.  Most people don’t even have mortgages that high, let alone student loan debt that isn’t tied to any asset and that can’t be discharged in bankruptcy.  In a situation like this, the vast majority of people will just continue the status quo and resign themselves to the fact that they’ll be paying off their student loans well into their 50s and 60s.

I’ve never been one to accept the status quo like that.  As I thought about it some more, I realized that if my wife’s friend were willing to think just a little bit outside the box, it’d actually be possible for her to pay off all of her debt by her early 30s.  Even if she didn’t do that, she could make a significant dent and bring it down to a much more manageable level.

In order to pull this feat off, we’ll need to assume a few facts:

If we take the above assumptions as true, here’s what we’re looking at in terms of after-tax income.

Let’s break it down some more.  If we assume a spend of $24,000 per year, that leaves this dentist with a little over $107,000 remaining.  Throw in some insurance costs and other miscellaneous spend and I don’t think it’s ridiculous to have $100,000 left over.  Honestly, a single person living at home on $2,000 per month can live pretty darn well.  How much can you really spend each month if your only expenses were food, clothes, and travel?

$100,000 per year thrown at student loans means that the debt is gone in 6 years.  And by choosing to live at home so that she can aggressively pay off her debt, she ends up saving almost $600,000 in interest.

If she can figure out a way to bump that income up so that she can throw $10,000 per month towards student loans, the debt is gone within 5 years.  Easier said than done obviously, but it’s not completely ridiculous.

What Can We Learn Here?

I know that this isn’t necessarily an ideal situation.  Living at home as a young dentist while everyone else is living it up in their luxury apartments isn’t my idea of a great time.  But if you’ve got that advantage, take it while it’s there.

A half-million worth of student loans is serious business.  What’s really amazing is that one change – really, just one change – can be the difference between my wife’s friend paying off this debt in her 30s vs. paying it off in her 50s.  Just imagine how much wealth she could build with that extra 20 years.