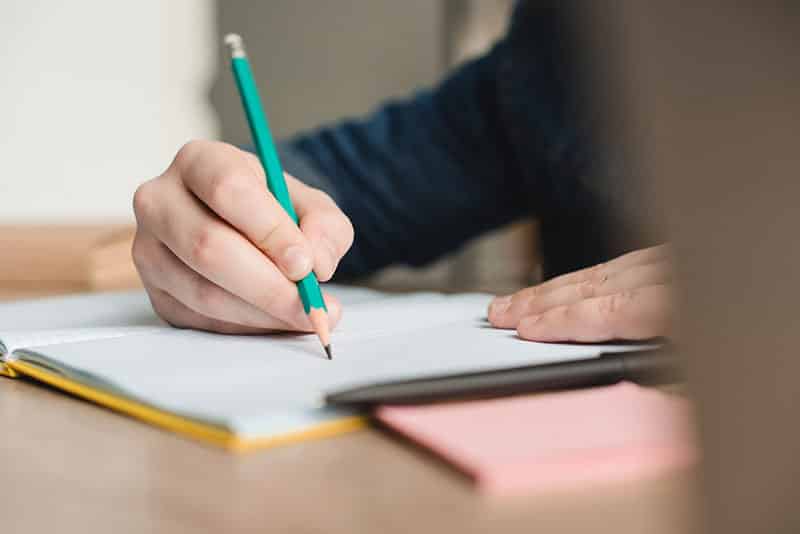 About five years ago, when I was in a very different place and just starting on my money journey, I wrote a post about what my money plans were for the next 10 years. I called the post Our Basic 10 Year Plan (And What Might Trip Us Up). I had a general outline of what I thought my life might look like, but as you can tell by the title of my post, I was also cognizant that things could change. After all, life is too fluid and unpredictable to really know what the future will hold.

Where We Are Now

Here’s a quick recap of where I was five years ago when I first wrote down my basic 10-year plan. At the time, I had just left my job as an attorney at a big law firm and had started a new job as a government attorney. The job paid much less, but it came with really good benefits. My thinking was that I’d be able to stick at this job – maybe for the rest of my life even.

My wife, meanwhile, was still completing her residency and would have another two years before she’d be done. She’d taken a bunch of money and paid down some of her student loans, but still had six figures of student loan debt remaining. I had paid off my student loans a few months earlier, so I had no debt remaining.

Today, things are both where we expected them to be and also completely unexpected. I ended up leaving my government job and took a job at a non-profit. The job came with another pay cut, but it also came with a bit more work-life balance. I stayed there for about 18 months before I quit that job to pursue writing and side hustling full-time.

As for my wife, she ended up buying a practice after she finished her residency. Things have been going well for the most part.

Outside of our careers, we ended up getting married in 2017. We had a baby in 2020. And we’re closing on a new house in a few days and turning our current house into a rental.

The Vague Plans We Had And What Really Happened

In my original 10-year plan post, I laid out a few general goals I wanted us to hit. These included the following:

Here’s what has happened with each of these goals.

The first goal we had was to pay off my wife’s student loans as fast as we could. My wife ended up leaving her residency with about $131,000 in student loans. In 2019, we aggressively threw money at her debt, lowering the balance to around $70,000. At some point though, I began to rethink how we approached her student loans.

One issue I had when I was repaying my student loans is that once I paid them, the money was gone forever and couldn’t be used for anything else. From a cash flow perspective, the only thing that really matters is whether the loan is paid off or not. If it’s paid off, you free up your cash flow for other things. If it’s not paid off, then effectively it doesn’t really matter what the balance of your loan is.

So, rather than continue paying down the student loans, we instead opted to stick extra money into a separate savings account. The thinking here was that we’d lose a bit on the interest difference, but it’d be worth it for the flexibility in case we needed the money for other things. Once we saved up enough money, we could write a check and pay everything off at once.

As of the date of this post, we really haven’t done anything with her student loans and the balance remains at about $70,000. The main reason is that the pandemic means her interest rate has been at 0% for over a year and will stay at 0% until at least September 30, 2021. We’ll continue to ride the 0% interest for as long as it lasts, then we’ll refinance her loans to a lower rate.

The second general goal we had was to save $100,000 per year in investments, with the idea that we’d be millionaires (or even multi-millionaires) in our 40s. This didn’t happen – although we did still save a lot of money, just not our investments.

Saving huge amounts in investments didn’t happen because I ended up changing jobs a year after I wrote my 10-year plan post. My new job came with another pay cut and it meant I needed to cut back a bit on my savings rate for a few years. I still saved a lot of money though in tax-advantaged accounts. In 2017, our household saved a little over $31,000 into retirement accounts. In 2018, we put away a little over $33,000 in tax-advantaged accounts.

The rest of our savings over the past few years has gone towards our house downpayment fund. If you include this money, then we’ve definitely been saving over $100,000 per year since 2019.

The Things That Tripped Us Up

When I wrote my 10-year plan post back in 2016, I had an idea that I would keep working at my regular job, maintain a high savings rate, and eventually hit financial independence and retire sometime in my late 30s or early 40s. I also knew that this wasn’t a certainty – there were a lot of things in my life that could change my plan.

Specifically, I called out the following things as potentially tripping up that plan:

I’d say right now, my plan to retire in my late 30s or early 40s is not going to happen. Part of it is these five things have impacted my ability to get to that magical FI number. Here’s how.

Turns out we ended up going for a really expensive house. We started house hunting at the beginning of this year and after a 6-month search, we finally found a house that worked for us and where the seller actually accepted our offer. Our new house is expensive – in the million-dollar price range. It’s going to 5x our yearly housing expenses.

For people living in expensive coastal cities, our housing expenses might seem normal. The numbers work for us because we have a high household income, but considering how low our current housing expenses have been, this is definitely a dramatic increase in our costs.

I noted five years ago that my wife and I would likely have kids at some point and that I had no clue how that would impact our expenses. We had our first kid in early 2020 and sure enough, it’s been expensive. Indeed, our current largest expense right now is daycare.

Things will get temporarily cheaper when our son transitions to the toddler group, but we’re still looking at spending $1,000 or more per month on childcare for the next 4 or 5 years. If we have more kids, we’ll be doubling our costs. It’s basically another rent or mortgage for most people. If you’re thinking about financial independence, kids are a real factor that does impact your ability to get there.

My wife purchased a practice a few years ago. So far, this is probably one of the best financial decisions we’ve made as it has allowed us to dramatically increase our household income. Of course, there’s always a risk when buying any business and it required a massive loan to buy the practice, so we’re definitely very leveraged right now. That said, her field (dental) is about as sure a bet as you can get.

The practice is on a 10-year loan and there are currently 7 years left on it as of the date I write this post. By the time we’re in our early 40s, this loan should be paid off and we’ll have another asset to add to our net worth.

Surprisingly, my wife and I have done very well in the lifestyle inflation department up to this point. Our home expenses were already low and were made lower by the fact that we rented out a spare room in our house on Airbnb. We kept our transportation costs low by biking most of the time and owning only one car. Even when we splurge, it’s usually through some sort of hack (credit card points to travel for free, for example).

Our new house is going to dramatically increase our yearly expenses. But we’re also at a point where our income is high enough that we should still be able to save a lot of money. Lifestyle inflation isn’t necessarily a bad thing so long as you’re aware of it and are planning for it.

In the five years since I wrote my original post, our household income has had some ups and downs. It dipped quite a bit in 2017 since I moved to a government job, then went up a little bit in 2018 when my wife finished her residency and started working (it was still low enough though that we were able to qualify for the first round of stimulus checks at the beginning of the pandemic).

Since 2019, though, our income has dramatically increased. My income can be all over the place, but barring anything crazy, my wife’s income and our overall household income should stay steady.

My Changing View of Financial Independence

I’ve started to realize that FI and the FIRE movement are much more fluid than I initially thought. These days, I’m leaning more heavily towards a Coast FIRE, Barista FIRE, and Slow FIRE approach to financial independence.

That’s a recap of what has happened since I wrote my basic 10-year plan back when I still in my 20s. Now that I’m in my mid-30s, life is looking very different. It’s anyone’s guess what the next 10 years will look like.