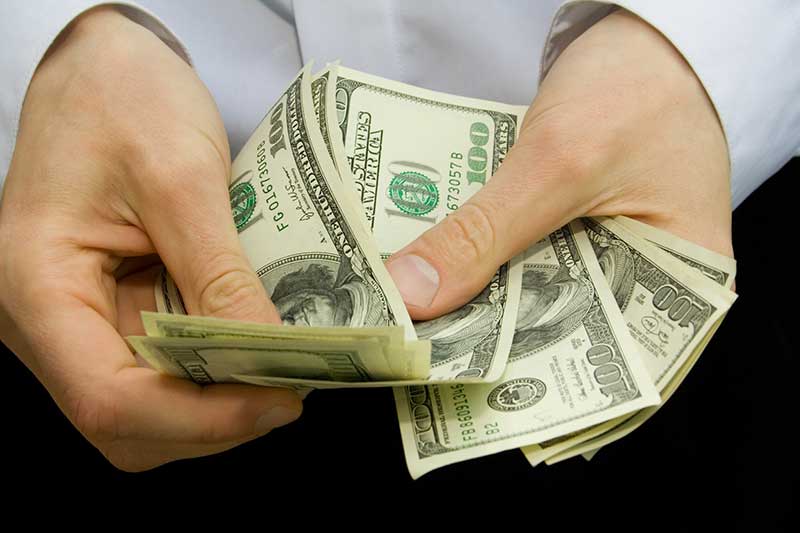 With everything that’s been going on in the world, being able to generate income on your own terms is probably more important now than ever. Over the past few years, that’s pretty much been my goal – generate income in whatever manner I can using nothing but my own wits. I do that via this blog. And I do that via all of the gig economy side hustles that I’ve incorporated into my day-to-day life.

A few months ago, however, I saw my side hustle income take a steep dive due to the current worldwide crisis. In the past, I’ve regularly made between $1,000 and $3,000 per month with all of my various side hustles, with the bulk of that coming from fairly passive side hustle sources such as Airbnb. The pandemic changed things quite a bit. Airbnb income dropped to zero since I stopped hosting. Rover and Wag also dropped to zero since people were working from home and weren’t traveling.

Luckily, because I have so many different side hustles, I have a sort of natural diversification with my side hustle income sources and as a result of changing demands, some of my other gigs were able to pick up the slack. The delivery game, in particular, saw huge increases in demand and income over the past few months, with my hourly income on those apps consistently averaging in the $40 to $50 per hour range.

For some people, $1,000 per month of extra income might not seem like a very big deal. For others, it’s something that doesn’t seem realistic.

Here’s why I think you can do it too.

When you break up what it takes to make $1,000 per month into smaller chunks, suddenly, $1,000 per month from side hustling seems much more attainable. Making $32 or $33 per day really doesn’t seem that hard. If you break it down into hourly chunks, it only requires you to do the following:

$16 to $17 per hour is disappointingly low, in my opinion, and my guess is that most people reading this blog are the type that can likely figure out ways to make more than that on an hourly basis. What this means then is that the vast majority of people reading this can likely reach $1,000 per month of side hustle income simply by doing something for between 1 or 2 hours per day.

As busy as most of us say we are, the truth is, we all definitely have an hour or so per day that we really don’t use. I seriously cannot think of a single person that doesn’t spend a significant amount of time texting people, binging Netflix, browsing Facebook or Twitter, or doing whatever else we claim we don’t have time to do.

Even if you have no time at all (which I think is doubtful), reaching this $1,000 per month goal is made even easier if you can monetize your life – that is, figure out ways to monetize the things you’re already doing. One of my big things has always been to monetize my commute. If I’m going somewhere, I’m always looking for ways that I can deliver food on my way there (I call it “delivering” my way to my destination). You can probably do the same thing too.

$1,000 per month of extra income might not seem that significant, but when you think about what it can do, it’s actually pretty astounding. Right off the bat, if you can make $1,000 per month of extra income, you’ve already got enough to fully max out two Roth IRAs (as of 2020, the current maximum Roth IRA contribution limit is $6,000 per person). Think about that – you can fully fund two tax-advantaged retirement accounts from the extra money that you make on the side.

It gets more interesting when you think about the impact of compounding and what it can mean for your future. When I think about long-term growth, I typically assume a 7% rate of return over the long run. If you invest all of your $1,000 per month side hustle income (ideally into passive, broad-market index funds), then you’re looking at the following amounts:

You can literally be a millionaire from working an hour or so per day. Obviously, there’s no guarantee as to what rates of return will look like in the future, so you can adjust the numbers based on what you think is realistic. What really matters here is that a $1,000 per month challenge really does mean something.

When it comes to side hustling, the elephant in the room is taxes. Depending on your overall yearly income, making $12,000 of extra income means you’ll likely pay close to one-third of it towards taxes. I don’t buy the argument that people actually choose to make less money because they have to pay taxes, but it’s still something to think about.

What I do is think of my taxes as just another added expense in my yearly budget. I plan for it just like any other expense and I set that money aside in separate bank accounts – you can choose to set it aside however you want. I’ve been using Catch to automatically set aside money for taxes. You could also use free fintech business bank accounts like Lili or Indi, which can all automatically track the income you make and set aside money for taxes.

Then, I always pay my taxes using a credit card with a signup bonus, which then allows me to rack up points and miles or cashback. Essentially, I get a rebate on my taxes, which lowers the effective taxes that I actually have to pay since I get some of it back via credit card signup bonuses.

Can You Do It?

So how am I hitting my $1,000 per month goal? Well, right now I’ve been crushing it way more than I imagined.

For me, the delivery game has been crazy lucrative, with my hourly earnings averaging in the $40 to $50 per hour range. For the past three months, in less than an hour of side hustling per day, I’ve been able to hit my daily goal of $33. To get a sense of how efficient my delivery game has been, the other day I had a delivery run in which I only made $38 in an hour – and I called that a bad run.

Obviously, if you read this blog, you know that I’m extremely fond of the gig economy. In this current market, two gigs stand out to me in particular:

For my $1,000 per month goal, the gig economy makes particular sense because you can earn this money in piecemeal chunks whenever it makes sense for you. This makes it much easier to hit the $32-$33 per day goal since you can fit these gigs around your schedule and do them little by little.

Do What You Can

If you can’t do $1,000 a month of side hustle income, then consider trying for something smaller. $500 per month for example.

If you break that down, you’ll only need to make $16 to $17 per day. That’s an amount so low that you almost have no excuse not to do it. Even $500 per month maxes out a Roth IRA at the end of the year and can be worth hundreds of thousands of dollars over the long term.

That’s my challenge for this year. Give it a shot and see what you can do. You might be surprised at what you can accomplish.