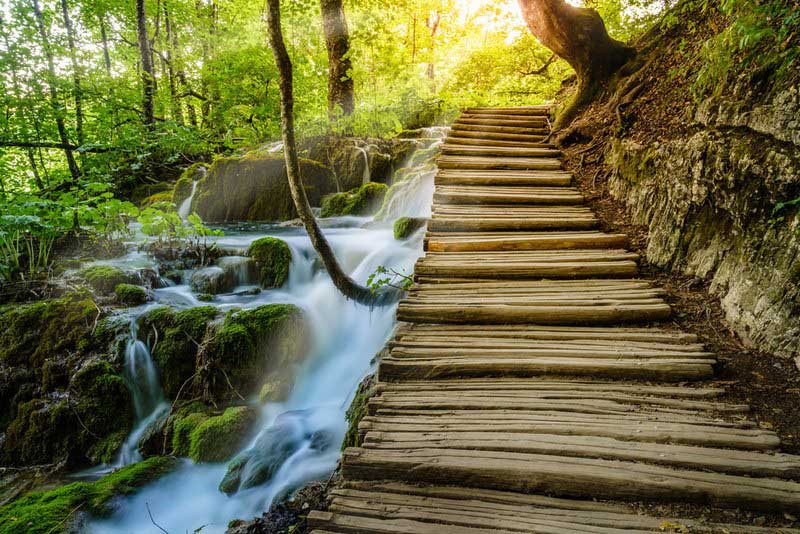 When I quit my job earlier this year to go all-in on this blog, I knew that I had a few housekeeping tasks that I needed to complete. This included rolling over my 403b to my Solo 401k and getting health insurance before my 60-day COBRA retroactive period came to an end.

Of course, both of these tasks, while seemingly pretty simple to do, required more than just clicking a button. I’d have to, at a minimum, click multiple buttons. And in many cases, I might even have to print out some forms or call someone – two things that I, as a millennial, never want to do!

What ended up happening is pretty predictable. I never did do that 403b roll over and it’s now been on my to-do list for 8 months, staring me down every time I open my Google Tasks app. Luckily, my 403b isn’t the worst, but it’s not the best either. And it forces me to pay an extra administrative fee that I definitely do not need to pay.

All of this leads me to the general point of this post. I think one of the biggest barriers to financial success isn’t necessarily that we don’t know what we’re supposed to do. It’s that there’s stuff in our way that makes it harder for us to do the things we know we’re supposed to do. Saving money, investing, doing smart things with our money – we all know that we’re supposed to do this. But the actual act of doing all of this isn’t always so straightforward. It requires learning and research and figuring out weird online interfaces and maybe even possibly talking to people or filling out forms.

The more things you put in someone’s way, the less likely they are to do it. This is what you call friction. And friction is the reason that a lot of us, myself included, fail to get started with the things we know we’re supposed to do.

Friction – The Thing That Stops Us From Getting Started

An easy way to understand friction is to look at how your favorite websites and apps work. Think about a company like Amazon for example, which goes to huge lengths to make it so you can buy something on their site with as few clicks as possible. This isn’t an accident. Amazon knows that the more clicks you have to do, the less likely you are to complete your transaction.

Friction is one of the reasons that I think bikeshare systems seem to struggle when they go toe-to-toe with scooter companies like Bird and Lime. These scooter companies do a lot to make their systems as frictionless and easy to use as possible. You use one app and there’s only one way to use the scooters. Compare that to a traditional bikeshare system, which often comes with multiple types of membership options, unclear and often confusing pricing, and different ways to signup to use a bike. All of these things confuse people and add more complexity, which makes people less likely to actually use it.

You can see the same friction problem when it comes to trains and buses and it’s why I think more people are willing to hop on a train than they are on a bus. Trains are straightforward – there’s a clear station with easy-to-read maps and easy ways to pay for a ride. In contrast, a bus requires some initial upfront work to get started. You have to figure out where the bus is going, understand how to pay for the bus, and even find the actual bus stop, which is often nothing more than a pole in the ground with no other information.

The point is – the harder it is to get started with something, the less likely you are to do it.

Friction In The Personal Finance Space

My first job at a biglaw firm automatically enrolled us in our workplace 401k. It’s the only reason I did any investing at all during my first few working years since at the time, I knew absolutely nothing about investing or how to get started. Even though I didn’t invest much during that time, at least I was investing something.

My last two jobs, however, did not automatically enroll people in their workplace retirement plan. Specifically:

The impact of friction is why I like robo-advisors so much and why I often point new people towards robo-advisors over just directly investing it themselves. A few years ago, I pointed a friend to Vanguard when he was looking to start a Roth IRA, as he’d heard that he should probably start saving some money for retirement. But after he opened his account, he had no idea what he was supposed to do next. I had the same thing happen to me when I opened a Roth IRA back in college. I opened it, had no idea what I was supposed to do next, then ended up doing nothing for almost a decade.

Robo-advisors do what I think is one of the most important things in personal finance. They reduce friction by removing as many steps as they can and making things as easy as possible.

Things I Haven’t Done Yet Because Of Friction

I have a ton of things that have been on my to-do list that I still haven’t completed, simply because the process to do it isn’t straightforward or because it takes a little more effort to actually get started. These include the following:

Rollover My Old 403b into My Solo 401k. I’ve already mentioned this, but this is something that has been on my to-do list for the entire year, yet I still haven’t done it. Doing this requires me to print out some forms, mail some stuff out, and do a bunch of other stuff that I just haven’t been able to get started with. That’s not an excuse, but if someone like me – a guy who is pretty knowledgeable and obsessed with money – gets tripped up getting over that initial hurdle of filling out forms and mailing things in, imagine how much harder it is for someone who has no idea what they’re doing.

Open A New HSA. My current HSA actually isn’t bad, but I’ve been meaning to switch it up for a while. I have my HSA with a company called Further, which is the company that my employer used for their High-Deductible Health Plan. This meant I needed to use this HSA if I wanted to get my employer contribution ($800 per year if I did a health exam). Payroll deductions into your employer’s HSA are also advantageous because any deductions are not subject to FICA taxes, so I took advantage of this plan to reduce my FICA taxes.

The Further HSA isn’t bad since it has good investment options, but it does require me to keep a $1,000 cash balance to gain access to the investment options. This is an unnecessary cash drag that I could avoid simply by using another HSA. I’ve been meaning to switch it over to Lively, which seems like it has an ideal HSA for my purposes, but again, friction is slowing me down from making this move. I actually don’t even know what the process is to roll over my HSA to another HSA.

Open a Roth Solo 401k. I’ve used my Fidelity Solo 401k for the past three years and it’s still the perfect account for me to use as my rollover account for any old pre-tax workplace retirement plans. However, the current tax laws provide a 20% pass-through deduction for 1099 income, which makes the value of the pre-tax Solo 401k not as advantageous as it used to be. Instead, it’d likely make more sense for me to take advantage of a Roth Solo 401k.

Fidelity has what I think is a good, simple Solo 401k plan, but it doesn’t have a Roth option. Vanguard does have a Roth Solo 401k option and from what I can tell, it looks like they charge $20 per year for each fund that you’re invested in. That seems like a reasonable price, especially since I can just keep it simple and put it all into a Total Market Index Fund like VTSAX. I just need to actually open my Roth Solo 401k.

Get Health Insurance. This is a big item that I absolutely need to get done by December 23rd. The only thing that holds me back from figuring this out is that there are seemingly a million options and I have no idea which plan I should pick. I seriously wish there was an easier way to do this!

The stuff we have to do with money is pretty straightforward. And really, you only have to get a few things right to be successful with it. But often, all of this stuff isn’t as straightforward as it should be.

Friction is the killer and it’s what can stop you dead in your tracks with whatever it is you’re looking to achieve. Companies like Amazon or Uber figured this out a long time ago – make things as easy and frictionless as possible, and everyone will use your app.

So, do whatever you can to remove friction. This means automating your finances and having a good money system in place. Use whatever apps will make things easiest for you. The less friction you put between your money goals and your money, the more likely you are to actually get started and do the things you know you’re supposed to do.