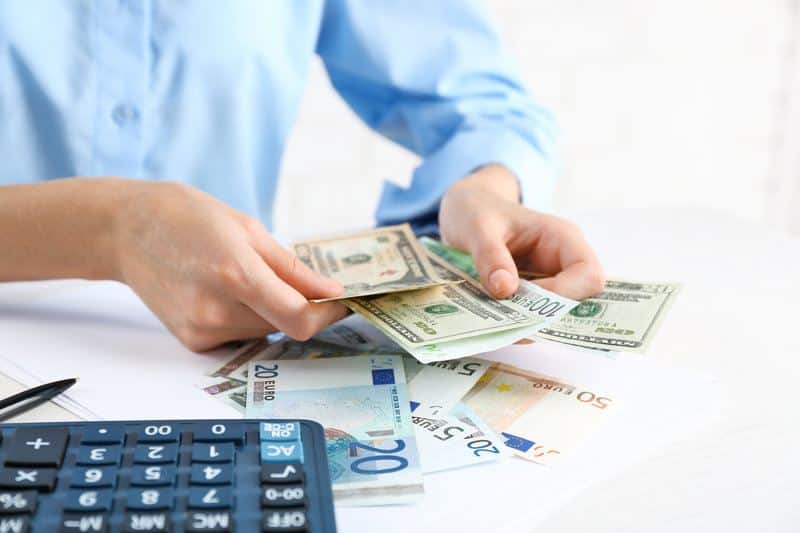 There’s a concept that I’ve been thinking about over the past couple of years, especially as I’ve made this transition from a full-time, professional, real job, to a quasi-fake job as a blogger and gig economy worker. It has to do with a concept you could call the relative value of money.

When I think about what that means, it’s basically the idea that money you earn from one activity might be worth more to you personally compared to the money you earn from another activity. In fact, it might be worth so much more to you that you’ll opt to spend your days earning money in that manner even if it means you’re making less money from an objective standpoint. This concept has really come into clearer focus to me over the past few years and I think it helps explain why I’ve made a lot of the work decisions I’ve made.

One of the weird things I’ve done consistently over the past few years is doing pretty low-level side hustles using sharing economy and gig economy apps. From an objective standpoint, it really didn’t make much sense for me to do all of this stuff. At the peak of my lawyer career, I was making $300 or more per day from my salary, obviously more than enough to live very comfortably. And yet, even though I made all of this money, I still chose to spend my spare hours doing silly things like delivering food to people on my bike and selling stuff I found in the trash.

The common criticism I’d get was that doing this stuff was a waste of my time. The better use of my time would be to focus on my job and continue to progress in my legal career. Eventually, I could try to become a partner somewhere or just do something to continue to increase my salary, or at least to increase my prestige.

In truth, that’s probably what I should have done, at least if we’re looking at pure numbers. I could obviously make much more money as a lawyer than I could from all of the stupid things I was doing. But the few bucks I made doing my random gig stuff felt so much more valuable and rewarding to me compared to any dollar I earned from my regular paycheck.

The thing I’ve learned to value more and more is control over my life. I suspect that’s something a lot of people on the path to financial independence value too. The money I made from my day job, however, was the exact opposite of control over my life. I had to be at the office at a certain time, do things that other people told me to do, and basically, plan my life around my job. It made me feel trapped.

A dollar might have the same objective value no matter how you choose to earn it. But how you personally value that dollar is another matter. I think that’s worth thinking about.

Thinking About The Relative Value Of Money

One of the podcasts I listen to pretty regularly is Tropical MBA, which I highly recommend you listen to if you’re the entrepreneurial type looking for some help and motivation.

This quote from a recent episode basically hit on exactly what I’ve been feeling over the past few years:

Would you rather be . . . relatively “poor” and own all your time? Or have a job, make decent money, but own none of your time? I’d pick selling cars on Craigslist and making $2000 or $3000 a month living in an apartment doing whatever I want when I wake up any day, any lifetime.

I initially turned to the gig economy in the first place precisely because of this thinking. Yes, I had a full-time job that by all objective measures paid me very well. But the money I made from my gig economy stuff was so much more satisfying. It wasn’t a ton of money, but it gave me a taste of what it was like to earn money on my own time, doing what I wanted to do instead of doing what someone else told me I had to do in order to get paid.

I had the same feeling when I started this blog and it started to make a little bit of money. It didn’t make a lot of money and I was spending hours per week working on it. And yet, every time I made a few bucks from it, I had a sense of satisfaction that I never had when I would get my big attorney paychecks.

The Relative Value Of Money In Practice

It was this relative value of money that ultimately led to me quitting my job and going full-time on this blog and my gig economy apps. I was far more satisfied doing something I enjoyed doing, even if I only made a few thousand dollars per month from it.

The gig economy stuff allowed me to make money doing things I like doing – biking and walking around outside, exploring my world, and letting me control my time. The blog did the same thing. And working on this blog gave me that level of control over my life that I never had with a regular job.

Everyone’s mathematical equation of what’s worth it to them is going to differ. I told myself that if I made half of what I made at my regular job, I’d be happy with it.  And if I could one day equal what I made at my day job, I’d take that over working for someone else for sure.

Time And Control Over Money

When it comes down to it, I think I have a pretty basic tenet that I live by. I’ll pick my time and the ability to have a sense of control over my life ahead of money every single time.

For a long time, I thought that jobs were just something you had to grit your teeth through. Often times, this is something that has to be true because we all have bills we need to pay and obligations we can’t avoid.

But at some point, that equation can tip. Most people are going to just look at the money they make and look at the prestige they have, and they’ll stick it out forever, telling themselves that whatever they’re doing is something they have to do.

I’ve learned that money is worth more to me when I’m able to make it on my terms. So even though I make less than what I used to make as a big shot attorney, it sure feels like I’m making more. And importantly, I took back my time and control over my life – two things that I’ve found I value a lot more than a huge paycheck.

A lot of how we value stuff is personal. Some people are going to prefer gritting through a job in order to get the big paycheck. Depending on your lifestyle and what you value, this might be something you just need to do.

That’s not for me though. If I have to choose between a huge paycheck each month, or doing my own thing and just making a few thousand bucks while having more time and control over my life, I’ll pick time and control every single time.