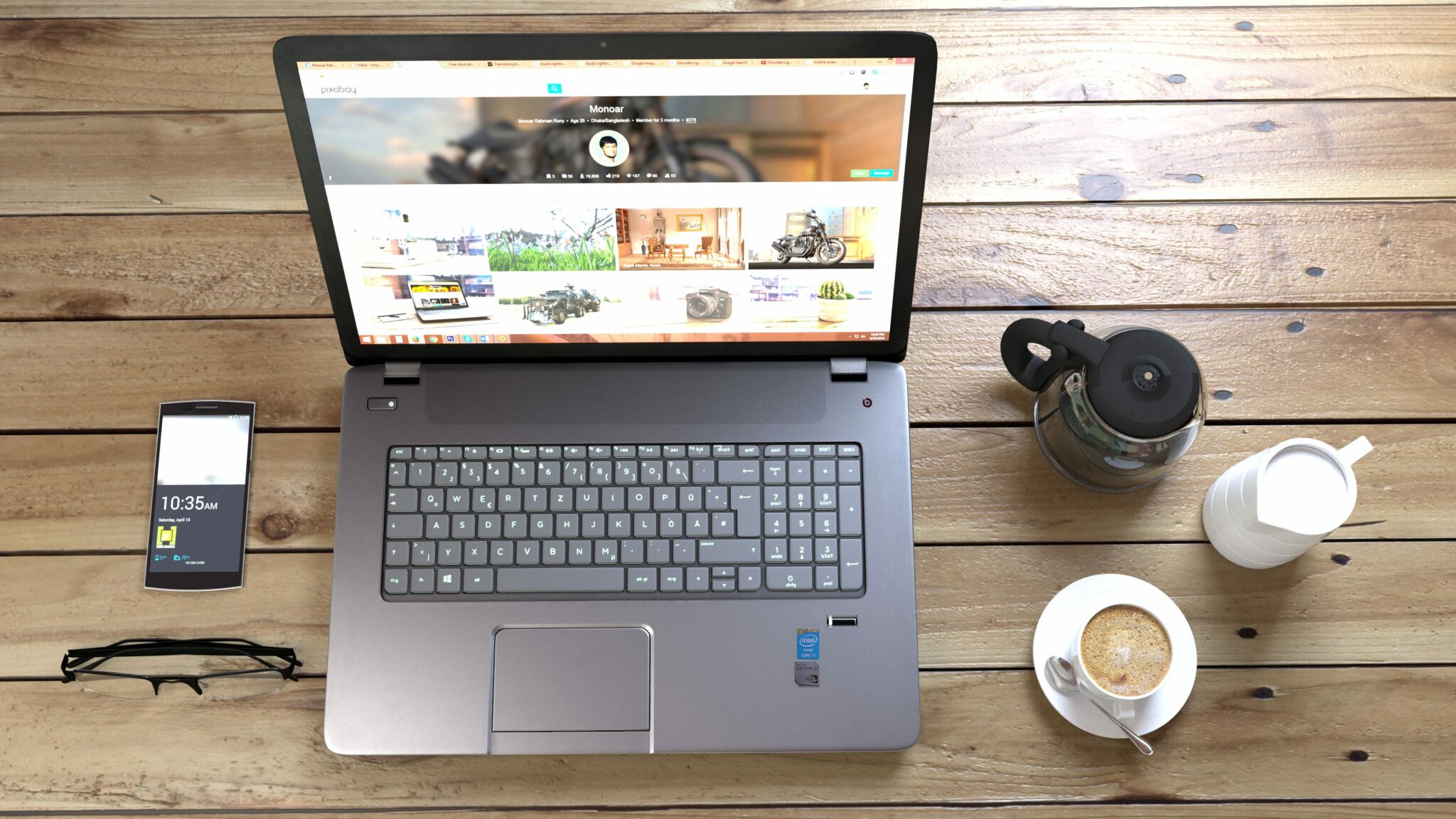 Welcome to this month’s edition of the side hustle report.  If you’re new, each month I document exactly what I earned doing various side hustles using sharing economy and gig economy apps.  I think there’s a lot of value in showing exactly what you can make with these types of apps.  They’re super flexible and cost pretty much nothing in upfront costs.  There aren’t a lot of businesses that allow you to make money pretty much overnight, whenever you want.

If you haven’t already, be sure to check out my post on How I Made $14k Through The Sharing Economy In 2016. I document exactly what I made last year using these types of apps.

Side Hustle Income for April 2017

I calculate side hustle income based on the payout date.  Accordingly, if I perform a side hustle in March, but get paid for it in April, I count April as the date the income was earned.

For April, my side hustle income was as follows:

It was a low earning side hustle month but pretty expected considering the fact that I got married on April 22nd, then spent a week in Puerto Rico on my honeymoon.  As you can probably imagine, my time was pretty limited in April.  Turns out that last month of wedding planning is ridiculous.  We were pretty much driving all over the metro area getting all of the last bits of stuff we needed for the wedding.

Still, even with very little time, we managed to bring in an extra $400.  That’s pretty incredible when you consider how little free time I had in April between planning a wedding, my day job, and this blog.

Here’s a detailed breakdown of my April 2017 side hustle income:

Nothing to report here on the income front.  Since we were getting married in April we decided to block off the entire month just to make things easier for us.  It’s a good thing we did because our house was pretty much a disaster for all of April.

This flexibility is exactly why I think Airbnb is such a valuable tool for anyone looking to monetize their home. When you think about it, in the world of rental income, flexibility is pretty much non-existent.  If you’re doing a traditional rental, that basically means you’re giving up your property to someone else for at least a year.  Who knows what might come up during that time?  With Airbnb, you can make some extra money while keeping your options open.

From the guest front, Airbnb is my preferred way to travel because you can stay in great areas for way cheaper than a traditional hotel, especially if you’re willing to opt for a private room instead of a whole house rental.

If you’ve never used Airbnb as a guest, sign up for Airbnb using my link and you’ll get $40 off your first stay.  That’s a terrific deal for pretty much anyone!  If you use my link to become an Airbnb host, you’ll also get a $75 bonus once you host your first guest!

Our dog sitting income for April actually ended up being higher than I expected.  This can be attributed to a week-long stay we had at the beginning of the month.  Since we were getting married, we only made ourselves available for the first half of the month in order to avoid getting overwhelmed.

Our single guest pup for the month was terrific – an older black poodle that got along really well with Financial Pup. I always like watching older pups because they’re almost always pretty calm and well trained.  You’re usually not going to get a ton of surprises with an old dog.

Our guest pup had a cloudy left eye and was pretty much deaf.  He wouldn’t even get up when we got home because he couldn’t hear us.  I’d always have to be loud as I approached him since I didn’t want to scare him while he was sleeping.

Hopefully, we can watch this pup again because he was just terrific!

The delivery game continues to be fairly consistent, although I haven’t had as much time for deliveries as I’d like.  A part of it is just laziness.  The other part of it was dealing with planning a wedding and working on this blog in my spare time.  My hope is that I can make some more time for deliveries during the summer, especially since the days are getting longer and warmer now.

In terms of where the money came from, the majority of my delivery income this month came from Tapingo. Basically, Tapingo is a delivery service that’s aimed only at college kids.  I like to grab those Tapingo orders because I live right next to campus and can usually pick up and deliver orders while I’m walking around.  Unfortunately, since they’re aimed at college kids, they shut down once the semester ends, which means I’ll be short one delivery platform until school starts up again.

As for a breakdown, this is what my earnings looked like with each delivery platform:

If you live in a market that has these delivery services, I think you should definitely consider signing up for them. It’s a great way to basically get paid to bike around town.  And it’s seriously fun!

Here’s what the referral bonus landscape currently looks like.

The trash income remains fairly steady even though we were super busy for most of the month with wedding stuff. We didn’t sell a ton of great stuff, but all the little things we sold added up.

One thing I was really happy to get rid of this month were three dining room chairs we found last August.  I listed them up sometime during the winter for $30 and they’ve just been sitting in our garage for months.  They’re great chairs, but it didn’t seem like anyone had any interest in them.  I think the problem was that they were listed up as three chairs and pretty much no one needs just three chairs.  You usually need four chairs to have a set.

On the day we came back from our honeymoon, some guy texted me and said he could pick them up that evening.  A pretty easy sale and he commented on how nice these chairs were.  Definitely better they’re in someone’s house than in a landfill.

Jobspotter income remains about the same.  I even managed to snag a few hiring signs while I was in Puerto Rico, including signs written only in Spanish.  I’m not sure if Jobspotter works internationally, but it looks like it works in U.S. Territories.

I’m fairly certain that I should be able to hit around this amount in Jobspotter income each month, which means that hopefully, I should hit around $120 or more by the end of the year.

Most people don’t realize it, but there are hiring signs everywhere.  All you have to do is keep an eye out when you’re biking or walking around.  Anyone who says otherwise has no idea what they’re talking about.  Or they just drive everywhere and never actually see any storefronts since they’re just in their car all the time.

Be sure to check out my post, Jobspotter App Review: Earn Extra Money By Taking Pictures of Hiring Signs.  I go into more detail there about how Jobspotter works.  It’s a fun app to try out.

I snagged another easy 20 bucks from WeGoLook last month.  My parents were in town for my wedding and I needed to bike over to their hotel to meet up with them for dinner.  Earlier in the day, I had gotten a call from WeGoLook asking me if I could take pictures of a parking ramp entrance located downtown.  Turns out a car had pulled out of a parking ramp and collided with a biker.  The insurance company needed someone to go down there and take pictures of the scene so that they could see what it looked like.

Since I was already going that way, I accepted the request.  It was only a block away from my parents hotel.  Once I got there, I snapped a few pictures and uploaded them through the app.  Then it was off to meet my parents for dinner.  Pretty easy money.

The WeGoLook income is pretty inconsistent and I reject way more requests than I accept, but when there are gigs close by, it’s a pretty easy source of side income that I can just incorporate into my day.

April was a low earning month simply because we had to block off a lot of days for wedding stuff and our honeymoon.  But that’s the beauty of these sharing economy gigs.  They’re so flexible that you can just do them whenever you want.

Related: How I Made $14k In One Year With The Sharing Economy