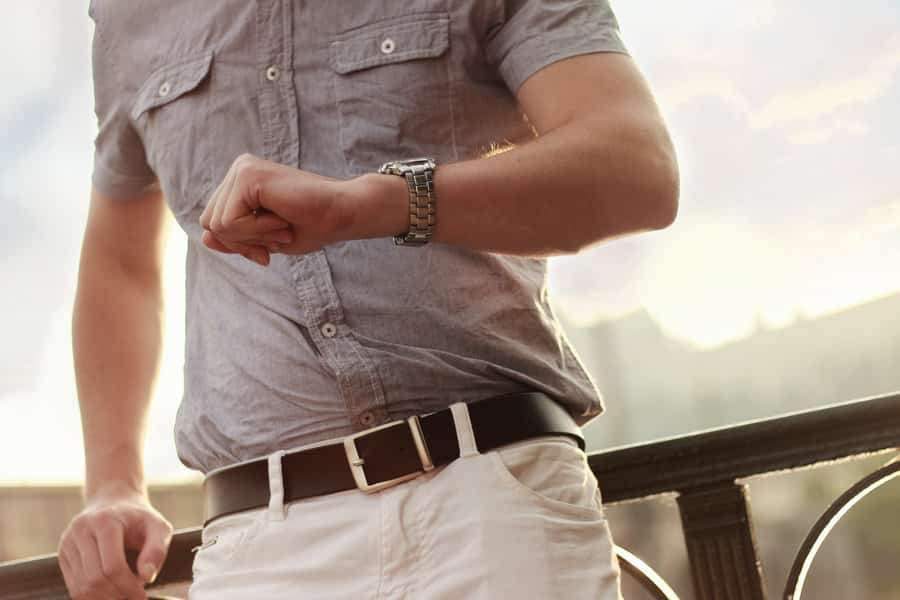 A question I often get from people beginning their working careers is whether they should wait for the market to cool off a bit before they get started investing. For the new investor, my response is always the same – ignore whatever the market is doing and just get started now.

Of course, I totally get the concern. Since the great recession, other than the occasional bump in the road, we’ve pretty much been on a never-ending upward climb. Assuming we’re due for a correction at some point, it seems like it’d make logical sense to just wait a little bit and buy once the market gets cheaper. Why buy in at a more expensive point in time when the coming correction could be just around the corner?

The problem with this line of thinking is that it makes a few assumptions. First, obviously, it assumes that the market will drop at some point fairly soon. While we know the market WILL drop one day – that’s pretty much a given – we have no idea when that’ll happen. It might be tomorrow. It might be years from now. I don’t care what anyone tells you – NO ONE actually knows what things will look like in the future.

But second, and more importantly, the sit and wait crowd assumes that for the beginning investor, it matters when they begin their investing careers. Someone that started investing in 2006 or 2007, instead of in 2008 and 2009, went through some bumpy years, I’ll grant them that. But if they kept at it, they’re doing just fine today. Obviously, it would have been better in hindsight for them to have gotten in at the bottom of the market. But even with hindsight, 10 years later, does it really matter whether you began your investing career at the bottom or the top of the market?

I’d say it doesn’t. That’s because, as a new investor, you’ve got two things going for you that make it so that whatever the market is doing right now doesn’t really matter to you: (1) time and (2) you don’t have a ton of money invested.

The Downside Of Waiting To Invest

Before talking about any potential crash and why it doesn’t matter for the new investor, let’s instead start with the positive and assume that the market doesn’t see any significant drop for the next few years.

It’s easy enough to see this scenario in action. Since I started my working career back in 2013, I’ve heard time and time again from financial pundits that the market was due for a correction. Had I been this investor sitting around waiting to time the market, I’d still be sitting around trying to figure out what to do with my savings.

I sometimes wonder about the folks that chose the sit and wait approach years ago. If you do some Google searches, you’ll find folks on forums back in 2013 asking about whether they should wait to invest in the market. Four years later, and you have to wonder, what did those sit and wait folks do? Are they still sitting on the sidelines waiting or did they eventually just give up and buy in?

My point is this, if you wait to invest, you might never get a chance to invest at the prices you see in front of you. Even if you wait for a downturn, there’s no guarantee that the downturn will lead to prices below what you see now.

In any event, even if the crash comes tomorrow, you’ve got something really good going for you that is unique to the new investor – you’ve got no money…yet.

You Don’t Have Enough Invested For It To Matter

Let’s take an example. Imagine you’re an amazing, baller investor that chooses to max out your basic retirement accounts as soon as you get your first job. In 2017, you go ahead and throw down $18k into your 401k, $5,500 into a Roth IRA, and even max out an HSA with $3,400. Since you’re a savvy investor, you opt for low-cost index funds. By the end of 2017, you’ve thrown down $26,900 to start out your investing career. Not too shabby at all.

Yeah, seeing your investments lose half its value isn’t fun. But early on in your investing career, who cares?

In the grand scheme of things, $10k, $25k, $50k, or even $100k isn’t very much of a loss. It’s peanuts compared to the large portfolio that you’re trying to create. And since you’re just starting out your career, you’re potentially decades away from needing that money. Who cares what the market does when you don’t even need it now.

But the second thing that I think really makes this not matter at all is this:

It’s Easy To Balance Out Your Losses

So imagine the $26,900 that you invested gets cut in half. Scary for sure, and definitely possible. Like anyone, I don’t want to see my hard earned money lose half its value – even if it is just on paper.

The thing is, when you’re just starting out your investing career, it’s SO EASY to make your money back just by continually investing. You can’t recover your million dollar portfolio just by putting more money into it – if your million turns to $500k, you’re not going to get it back to a million unless you’ve got an obscene amount of money.

But a relatively small amount early on in your investing career – your $26,900 that is now $13,450 – that will easily be topped off just by continuing to invest. Throw another $26,900 next year into your remaining $13,450 and suddenly, you’re back above $26,900 and then some. You just balanced the loss with your own contributions. And don’t forget that your original $26,900 is still kicking around there in the background, waiting to come back into play.

Someone maxing out all of their retirement accounts can pretty much cover any of their own losses for the first few years of their investing career. Most of the time, your investments will have recovered in value by then. From a psychological standpoint, who cares if the market is dropping when you begin your investing career. With continuing contributions, it just looks like nothing is happening with your investments. Your portfolio might lose value, but you can just keep adding to it until it’s where it was before.

For the new investor starting out their working career, you can pretty much just ignore the market. Unless you’ve got hundreds of thousands to invest today, you’re pretty much investing peanuts when you look at what your investments will be worth in the future. If you lose money, who cares. You’ll make it back one day and you’ll just keep making up any paper losses with your own recurring investments. In the end, you won’t really feel like you’re losing anything – so long as you keep investing. The only way you can screw things up is if you freak out like everyone else will tell you to do.

In contrast, if you wait it out, there’s actually a real chance that you lose money. The market will drop one day – that’s a guarantee – but it might never drop to the level that you had a chance to buy. Someone who waited in 2012 or 2013 to start investing might never get a chance to invest at those prices. They actually lost something by choosing to wait for the next big crash.

So don’t wait. Just get started now if you’re a new investor. Because, honestly, it doesn’t matter yet. You’re in the ultimate position for any investor – you have nothing to lose.