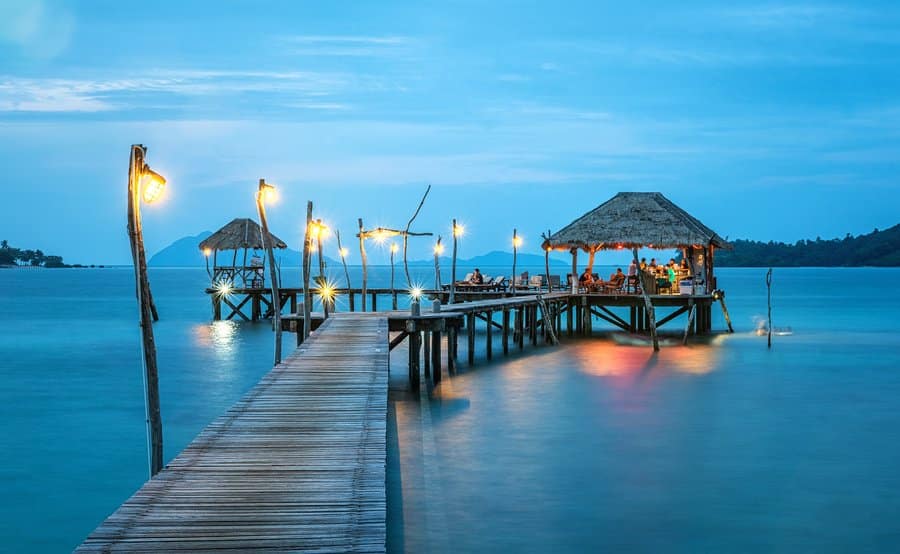 Now that I’ve recently changed jobs, I’m once again trying to figure out what to do with all of my old retirement accounts. Luckily, I’ve got a little bit of experience in this area. I’ve switched jobs twice in a little over a year – first leaving my biglaw associate position to work as a state attorney, then leaving that job to take a non-traditional attorney position with a branch of my state bar association.

With my latest job change, my retirement savings are now scattered throughout a bunch of different retirement accounts held by my old employer. That’s actually not that big a deal since I use apps like Mint and Personal Capital to track my investments, but it still helps to think about what I should do with all of that money now that I have this new job. Today’s post addresses that question.

*Note that for simplicity, I refer to 401k’s throughout this post, but everything here applies to any retirement accounts you might have with prior employers, including 403b’s, 457s, and certain types of pension plans.

What Should You Do With Your Old 401k?

401k’s are an interesting beast. When you’re working for your employer, there’s not a lot you can do. In general, it’s just put money in, look for low cost, index options, and sit back and relax.

Where things get interesting is once you leave your employer. It’s like a switch gets turned on and suddenly, you have a whole bunch of options in front of you.

Most people, when faced with all of these choices, do the same thing – nothing. That’s what happened with my wife. She completed a one-year hospital residency a few years ago, started a new residency right after that, and simply forgot about the money that she had saved in her 403b.

To be fair, sometimes, doing nothing is the right choice. But, we want to be making our choices actively. You don’t necessarily have to act right away, but eventually, you do want to take action with your old 401k once you’ve had time to assess your situation.

So what are some of the things you can do with your old 401k?

This is a pretty easy and straightforward option. If you have a good, low-cost 401k with your old employer, then it might make sense for you to just leave it where it is.

2. Roll It Over Into A Traditional IRA.

A lot of experts blindly say to rollover your 401k into a traditional IRA whenever you leave a job. This has the nice advantage of giving you access to potentially cheaper and better investment options than what you might otherwise get through your employer sponsored plans.

However, if you’re in a high tax bracket and want to maximize all of your potential tax-advantaged space, then this option might not be optimal. That’s because, in order to take advantage of a backdoor Roth, we’ll need to leave all of our traditional IRA space empty. Whether you take this option will really depend on your current or anticipated income level and whether you have ways to get any money you put into a traditional IRA back into a 401k bucket.

3. Roll It Over Into Your New Employer’s Retirement Plan.

If you have a good retirement plan at your new job, then it’ll often make sense to just roll over your old 401k into your new plan. In many ways, this is the simplest option – you’ll have all of your retirement funds in one place, instead of scattered everywhere. If your new 401k plan stinks, then obviously, you won’t want to do this.

4. Other Potential Options For Your Old 401k.

To be sure, the above choices aren’t your only options. You could cash out your retirement savings, which I obviously wouldn’t recommend because it’s stupid.

Another option would be to roll over your funds into a Roth IRA and pay taxes on the conversion. If you’re saving aggressively, this probably won’t be a realistic option just because of how much money you’d be converting, but it could be something you can do if you’re converting a small amount into a Roth or if you’re in a particularly low-income year and can afford to pay the taxes.

An interesting option that I’ve been thinking about is rolling over your old 401k into a Solo 401k. Not all solo 401k plans allow rollovers from other retirement accounts, but the Solo 401k I have with Fidelity does appear to allow this. If you’ve been side hustling, you should have already created a Solo 401k for yourself – it’s the bonus retirement account that side hustlers get to have. I see the 401k to solo 401k rollover as useful for someone who’s moving into a job that doesn’t have a great 401k plan, has an old 401k that isn’t all that great, and still wants to leave their pre-tax IRA space empty in order utilize the backdoor Roth.

This is pretty self-explanatory. The more retirement accounts you have, the harder it might be to keep track of everything. For many people, rolling over funds into their new employer’s 401k makes sense simply because it keeps their money all in one spot.

Administrative fees will generally come in two types – either a fixed fee (i.e. the plan will charge you a fixed dollar amount each year) or a percentage based fee (i.e. the plan will charge you a percentage of assets you have in the plan each year).  The 401k at my biglaw firm charged a fix administrative fee of around $89 per year. My 457 plan with the state charges an annual administrative fee of 0.1% on the first $125,000 I have in the plan, while my state pension plan charges me $4 per month on amounts over $10,000 and under $30,000.

If you’re a high-income earner, you’ll want to consider whether you want to be able to make it easy for yourself to utilize a Backdoor Roth. To take full advantage of a backdoor Roth, you’ll need to make sure that you keep all of your pre-tax IRA space empty. Otherwise, you’ll be stuck dealing with the pro-rata rule, which, in many cases, will basically make it impossible for you to use a Backdoor Roth.

This is why I think the conventional wisdom to rollover your 401k into a traditional IRA isn’t necessarily right for everyone. Many of us current and future high-income earners are going to want to keep all of our IRA space empty.

4. Any Special Characteristics Of Your Old Retirement Plans.

The final consideration to think about is whether your old retirement plans have any special characteristics to them that make keeping your money in them advantageous.

The big thing that comes to my mind is money that you have in a 457 plan. The amazing thing about a 457 plan is that any money you contribute to it can be withdrawn, penalty free once you leave your employer. In other words, a 457 is basically a tax-deferred account that you can take money from, without penalty, just like a regular taxable account. You basically get the best of all worlds with a 457 plan – tax-deferred growth and the ability to withdraw your money when you need it.

You lose these advantages if you roll over your 457 funds into a different type of retirement plan. So, before you do anything, make sure to check whether your old retirement plan has some sort of special benefit that makes you want to keep your money there.

What I’ll Do With My Accounts

So what’s my retirement world look like? My new job only gives me access to one type of account – a 403b plan. It’s a pretty crappy plan, at least when compared to the plans that I had access to before.

For sure, I’m going to keep all of my 457 contributions where they are. The administrative fee is only 0.1%, which is completely reasonable, and since the majority of my contributions in the 457 plan are invested in Vanguard funds, I’m only paying a few basis points per year in expenses. But, most importantly, I don’t want to move my 457 contributions out of that plan because I want to be able to have the possibility of accessing those funds later without an early withdrawal penalty.

My state pension plan is another story. Our contributions were fixed by state law – 5.5% from me and 6% from the state – which means that I only have a little over $10,000 in the pension plan. A monthly fee of $4 on a $10,000 balance isn’t ridiculous, but it’s also unnecessary and pretty duplicative of other administrative fees I’m already paying. Luckily, I found out that once I leave state service, I can rollover my state pension plan funds into my 457, which is what I’m going to do.

Don’t be like most people who do nothing with their money and then forget where it is or how to even find it. Instead, put a little thought into what you want to do with all of that hard earned money you’ve been saving away.

Finally, make sure you track your accounts using apps like Mint or Personal Capital. These apps allow you to see all of your accounts in one spot, so you don’t have to go around manually looking at every investment account you have.

If you’re trying to get a good, overall picture of your investment accounts, I recommend you sign up for Personal Capital and link of your accounts to it. Best of all, it’s completely free to use, so you have nothing to lose.